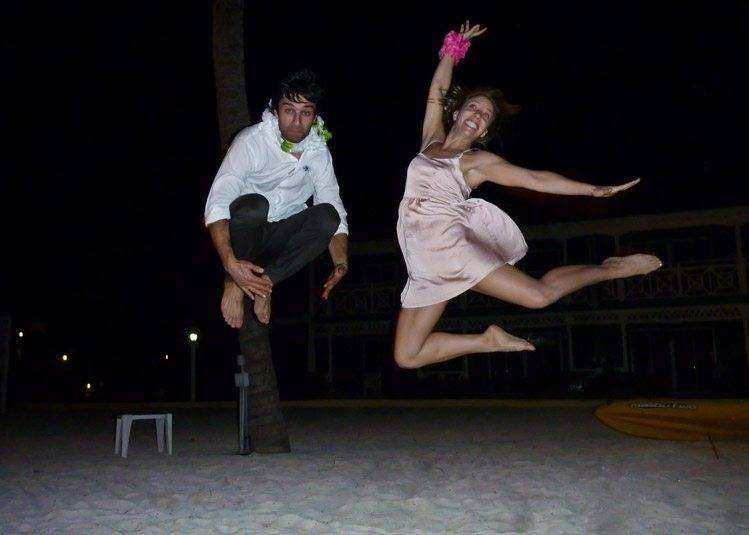 Being in a happy relationship and the desire to build and improve is only natural, but has often left me feeling pressured to succeed. When times are not so great making that extra effort can become draining. So how do people last in long-term relationships? Appreciating what you have has to be the start but then what? Are there any ways to improve relationship dynamics?

Choosing what style to adopt and adapt is a good way to stay fashion conscious, whichever trend you choose. Do you follow any trends? Do you think this approach could be applied when trying to improve relationship dynamics? I’ve often imagined how people live, my best memories are scattered between days texting non stop or calling in love sick from all that ‘hot sex’! Is this the intensity you crave? How do you capture this elusive, spontaneous combustion of pent up tension, a mythical unicorn for many!

Contents Show
1. 1. Turn that low-budget horror into a steamy thriller
2. 2. Strengthen the bond
3. 3. Push and pull the boundaries

1. Turn that low-budget horror into a steamy thriller

Do you like films? The movies are experts in creating those special and memorable moments. I’ve enjoyed watching films my whole life but the one thing that annoys me is a ‘spoiler’, don’t tell me what’s going to happen! Can you handle the anticipation before the release of a new film? How about the atmosphere in that steamy thriller? Your life is a movie waiting to be written, so knowing how to write a screenplay might be helpful! ‘Dramatic Tension’ is a writer’s tool that I’ve found useful over the years. When somebody wants something badly and is having difficulty getting it, the tension it creates can be explosive!

Raising your voice can lift tension but so does the stillness in silence. When breathing becomes so loud you’re unable to hear. There’s something in the unknown that stirs your subconscious. The same instinct that increases your speed when chased can be felt when your heart starts racing when something unexpected happens. A touch of mystery can create the electric you yearn for.

RELATED:  5 Signs You Should End Your Long Distance Relationship

Something that can go unnoticed is music. Soft subtle sounds can soothe and stir emotion. Up-tempo music can increase the heart rate. Try mixing it up and maybe have epic horns playing for when you make an announcement. Folk music can create that feel good feeling. Don’t forget the tone you want to create.

Development in any part of your life can be difficult as quite often this means making the extra effort. I’m talking about the small things we can do to make our other halves feel needed. I value my independence but that isn’t what drives me home every day. Feeling needed is an important part of being in any relationship. How do you guard your partner’s feelings? Doing everything might only reinforce independent traits. So what’s the key?

Relationship scientists (and yes, they do exist) have been conducting research and some of it actually confirms my suspicions were right! Your partner’s friends aren’t your biggest fans and their advice is just no good.

Evidence of social network influence is both substantial and increasing. Approval from social network members contributes to relationship stability and commitment and perceived interference has a negative effect. Still these connections are unavoidable.

Finding balance in any relationship, sharing your responsibility and creating dependence is important in any relationship. If there’s a reason to be with someone then they should know! Instead of doing the chores or leaving them, you could try doing them together! There’s nothing better than a bit of cleaning to get you all hot and bothered!

RELATED:  How to Build Stronger Emotional Connection With Your Partner

3. Push and pull the boundaries

Trivialized and demonized! This provocative behaviour is often a silent language indulged in by men and women. Showing a little bit of interest then playfully pushing them away. This could easily become annoying but that’s the point, isn’t it?

The spaces between your fingers are meant to be filled with mine. Well that might work if some of the other 92% of what is going on between you is. What gets to them the most? It’s usually eyes that get me, such an elegant way to send a signal, invisible to those unconcerned. Too often words can be poorly timed, much slower than any signal or gesture. Paying more attention to them than intended, even flirting with them! Cheap thrills cost nothing but are worth so much. So flirt for no reason and remember it’s not always about sex!

I really hope that you’ve found these tips insightful. I would like to state that nothing can replace human intuition. So trust yourself and remember to ask yourself questions. Appreciating what you have is the first step needed to improve relationship.

What do you think of the suggestions I’ve made? Share your thoughts and experiences in the comments below!

Dale is a film & theatre maker from Manchester, UK who works on regional and national productions. In the past he facilitated creative writing groups and has experience directing a few short films with plans to direct a few larger projects.