Is He Serious About Me? Examining the 7 Men Types 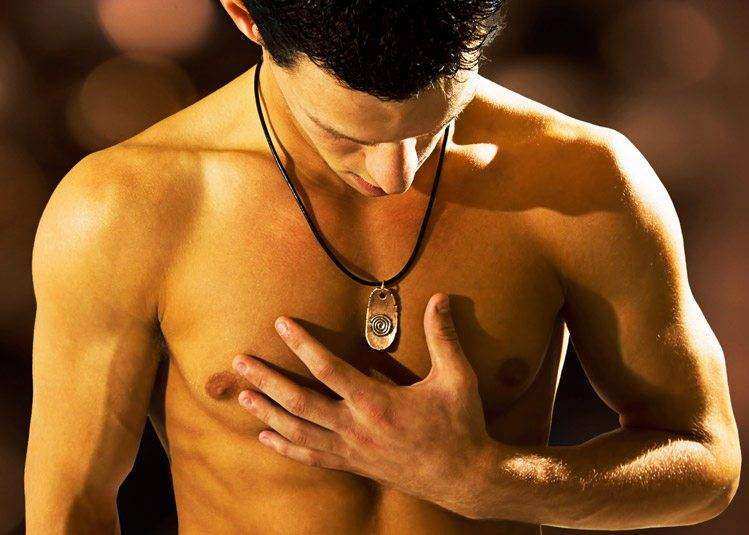 Do you ever wonder if a guy is really into you or not? Perhaps you’re on the fence about his feelings and intentions with you? You have all of those guys that you can read, but this guy’s a bit different from everyone else? Guys are similar in some ways, but you will need to analyse what type of a guy he is. Keep on reading! This is your guide to success.

The attractive, mysterious guy is your true challenge, because he won’t let you know how he feels about you. You will need to figure this out for yourself. Most guys will reveal how they feel about you. They will over-compliment you, do anything for you, and help you with any problems. You know these guys, but what about the guy that you truly think about at night before you go to sleep (or better yet, dream about? Wink, wink…)

What’s he doing right now? Where is he? Why hasn’t he called me or why won’t he text me? Is he seeing someone else? Is he serious about me? I will tell you about seven types of guys that you will encounter on the dating scene. We will examine the ‘easy to read’ men, as well as the challenging men that will keep you guessing.

The Easy Guy is anti-challenge. He’s easy. He’ll compliment you, tell you that he loves you, do anything for you, help you with anything. He’s the type of guy that knows the friend zone very well, because he lives in it. He’s a good friend, but you’re not very attracted to him. He’s loyal, dependable, and he’s always there for you when you need him. He’s like your gay friend. Do you know some guys like this?

He’s the Easy Guy, you know, the one that you will never see yourself having sex with? Easy Guys are perfect for baiting the guys that you really like. They’re always there for you. In fact, he will follow you around like a little lost puppy dog, because you’re his fantasy.

Don’t get me wrong, the Easy Guy is very kind, and you feel very comfortable around him. He knows better than to try anything with you and he doesn’t have a chance in hell. However, you keep him around, because he’s nice, he’ll buy you stuff, and he’ll do all of the stuff that you don’t want to do. He’ll drop everything at a moment’s notice to be in your presence. The only problem with the Easy Guy, is that you’ll get bored quickly after ordering him around for his helpful services.

Arrogant Prick will plan his dates around himself. He won’t help you with anything, and when he does, he will complain about it. He may love to drink beer, and you will play second fiddle to Arrogant Prick’s drunken Friday nights. He will also flirt behind your back, because he wants attention and admiration from other women, because he’s Arrogant Prick.

These guys don’t make good long-term partners, because you will constantly have to compete with Arrogant Prick’s love for himself. He is a narcissist by nature, and may be attractive and handsome, but he also brags too much, and he’s superficial and shallow. You won’t feel loved by Arrogant Prick. You will end up resenting him.

The Player is a real douche. He will tell you that he loves you, cares about you, he has those handsome and chiseled looks, however he also has an iPhone filled with other women’s numbers. He will make you feel special, but behind your back, he will hustle other women. He’s similar to Arrogant Prick, because he’s really arrogant, and he thinks that he’s God’s gift to women. He often works out to get his body just right to lure women into his shady apartment.

He lures many women. He needs their attention, to feel better about himself. He schedules different times to date women, and he will keep the other women secret from you (unless you bust him). He needs consistent sex, and his sex life is very important to him, so he will play with your emotions to get in your pants.

The Player will always hustle, it’s in his DNA. They live double-lives or triple-lives simultaneously with multiple women. The beautiful woman is his prey. He is a manipulator, shallow, and spineless human being. He will give you an STD, because he’s a male slut. Avoid these types at all costs, unless you want to be one of his victims.

The Creative Lunatic is very creative. He’s usually a musician or rock’n’roller, artist, actor, director, designer, or writer. He needs to concentrate on his creative pursuits, and he needs a lot of space from you. He is very passionate, a superb lover, a badass, however… he is also a substance abuser, alcoholic, and he’s a bit emotionally unstable, or bipolar. Normal rules don’t apply to The Creative Lunatic. He thinks that he’s above the law.

He has a tendency to go crazy. He will lose it in front of you, and he has a hard time controlling his emotions, because he is such a creative, vibrant, and passionate human being. He will love you hard, but you will have a lot of baggage to deal with. He is difficult to read, but women admire him for being such a creative genius.

RELATED:  Things To Consider Before Getting Back Together

The Creative Lunatic is everything but boring. You will deal with plenty of drama, perhaps beers being thrown against walls, he will sometimes go into a rage, but he will also love you deeply and very passionately. That is the price that you pay for deep love and passion from The Creative Lunatic… It’s a double-edged sword.

Women love Wealthy Guy, because he’s filthy rich. He will put you up in a first-class hotel suite, he will shower you with jewellery and furs, and he will try to buy your love for him. Wealthy Guy is similar to Easy Guy, except Easy Guy has a middle-class or poor income level. Wealthy Guy has it all, except for a girlfriend. That’s where you come in. He wants to take you on his private jet (he’s a jet-setter), dine with you in the most expensive and fancy of restaurants, take you on luxurious vacations with him to watch the sunset.

He’s a lonely guy, and he wants to show you off to everyone that he knows. Wealthy Guy is used to ordering the expensive and shiny car off of the lot, and he will see you as his possession. Lucky you!

Most women will fall for Wealthy Guy, because they love the money, luxurious life, and attention. With a Gold Digger he will surrender over half of his millions in a ripe divorce. Karma sucks.

Bad Boy is macho guy. He will get jealous of you and lose control. He’s controlling in nature, he doesn’t want anyone ‘messin’ with his woman! He’s similar to The Creative Lunatic, but he’s not creative. He’s just loud and annoying.

Bad Boy likes to fight, he’s got a small brain, and he thinks with his instincts instead of rationality. Bad Boy gets the babes, but they end up leaving him, because he scares them away by being too Bad Boy. He is really insecure, despite his rough and seemingly cocky and confident outward appearance.

Bad Boy dates around. He’s not a player, but Bad Boy will block you if you get near his woman. He doesn’t go for that. He doesn’t trust women. He needs to control them, because he can’t let anything go. Bad Boy drives a motorcycle, and he thinks he’s pretty rough and cool. He watches sports, and he loves to pump the weights with the fellas, and look at his biceps and abs in his mirror. He’s kind of a Meathead.

The Gentleman is a top 3-percenter. He’s suave with the women, and most of them love him, because he knows how to treat them right. He always gets the tab, he’s relaxed, confident and dapper. He is the type of guy that every woman wants and every guy envies him.

He’s sincere, educated, he will listen to you, and he’s there for you like a gentleman. Well… because he is The Gentleman! You will have no problem falling in love with The Gentleman. He’s who you want. Ideally, you probably want Wealthy Guy to be The Gentleman, but The Gentleman knows that money won’t buy your happiness. His heart will. If he’s wealthy also, The Gentleman will thrive!

The Gentleman is loyal, he is trustworthy, he treats you like a queen, but he also has a backbone. The Gentleman has the right balance of brains and good-looks. The Gentleman is who you ideally want to be with. He’s the guy that you dream of at night, he’s the one who you will truly love, and want to marry. He will protect you and love you.

Who are you dating?

Knowing which type of guy you are dating will help you to succeed with your dating life and gauge his interest-level in you. Sometimes it may be difficult to categorise, but they are general outlines of male behaviour to help you. If he gets overly jealous of you, possessive, and territorial, maybe he’s Bad Boy. If he’s always on his phone (sometimes ignoring you) checking out his digits, maybe he’s The Player. If he wants to come over and mow your lawn for you, or run errands for you, he’s probably Easy Guy. If he flips out on you because he’s horny, he’s probably Creative Lunatic. If he’s showering you with diamonds, jewels, attention, and gifts, he’s most likely Wealthy Guy. Arrogant Prick will show up to the date when he feels like it, because he’s #1. He has to watch his football game first.

The next time that you wonder if he’s into you, you will be prepared. If he asks you to take a ride on his motorcycle, maybe he’s Bad Boy. If he covers you during the date, and opens the car door for you, perhaps he’s The Gentleman. If you’re crowding him, and he yells at you for stifling his creativity and concentration, he may be The Creative Lunatic. See which guy you have on your next date. Maybe Easy Guy can help you categorise which guy it is — that’s what he’s there for.

Is He Serious About Me? Examining the 7 Men Types was last modified: October 19th, 2016 by William Watson

William is a graphic designer and creative writer. One of his favourite interests is reading books about relationships. He recommends ‘How to Succeed with Women’ and Doc Love’s ‘The System’. He has two adorable children that he enjoys spending time with. William is currently single and is preparing for his next relationship. You can follow him on Twitter.