Is Lesbian Relationship Different from Heterosexual? 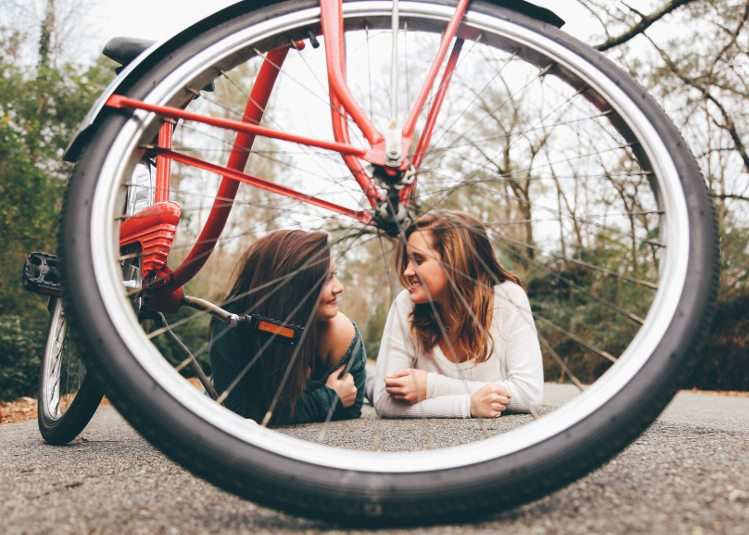 To say that there are lesbian relationship expectations and rules that differ from those of a heterosexual relationship may make some members of the the LGBT community uncomfortable. In this day and age, particularly with so much prejudice emerging, we don’t want more attention drawn to any ‘differences’. However, every relationship contrasts to the next, and that is even more true when you’re a same sex couple.

One of the biggest differences between the two comes from outsiders’ perspectives rather than your own, though it’s easy to apply values we’ve grown up with to our lesbian relationship, thus stifling development and growth. If us ladies are ever to overcome the obstacles that are presented to us, and there’s quite a few, we need to know what to look out for.

The amount of times you’ll get asked “who’s the man, who’s the woman in the relationship?” is beyond counting – it’ll happen so much you’ll anticipate it being brought up. Most people not in a lesbian partnership will see this as a normal thing to ask, but really, would you ask your hetero parents who the man or woman is? No, relationships and roles are more complex than that. My partner is very hands on and into DIY, but that doesn’t make her the man of our relationship, it just means she enjoys working with her hands. It’s that simple.

The thing is, we ourselves can make these stereotypical roles stronger because of what we’ve grown up with, and how we classify ourselves to our friends – I’ll often say that my partner is androgynous and that I’m femme. Immediately I’m assigning roles to our relationship, without realising it. So if you find yourselves doing that sort of thing, maybe stop it before you finish, for categorising people so simply diminishes the complexity of your love.

Toys aren’t an automatic must

Sex comes into the majority of adult relationships, no matter how frequently or infrequently, and one of the most important aspects to get your head around is that, as lesbians, we don’t have to use sex toys. And yes, it’s still ‘proper sex’ (if I could eye-roll here I would).

Prior to getting into a serious relationship with a woman, I myself believed it was all strap-ons and vibrators because how else would it work? Yes, it was a very naive way of looking at sex, but having hardly ever had gay or lesbian intercourse mentioned in sex education at school, what else was I to think other than a phallic object being needed?

Toys aren’t needed in a lesbian relationship for satisfaction to be had, nor are they needed to conclude you’ve actually had sex, and so if you’re still in your infancy with your new partner, and are a little surprised at the lack of ‘specialist items’, try not to be. There’s no harm in introducing them in if you want to, but they’re not part and parcel of sex between two women.

What amazes me is how often people (mainly men, sorry guys) believe that because I’m with a woman, that must mean we engage in a lot of threesomes. The idea that sex is central at our house is absurd – you wouldn’t automatically think it of your hetero friends, so why would you think it of us?

The amount of times I’ve joked that people on my street will think we’re up to no good when a female friend comes round are beyond counting; it’s how I assume people will react, especially given the different media outlets lesbianism has been given. Lesbians have been super sexualised and made into a tragic love affair.

RELATED:  How Do You Know You Are Addicted to a Relationship?

Arguments can be awful

This is one that I wish I could have told my younger self, for after years of having abusive boyfriends (bar the odd one, and they know who they are), I was certain that a woman would understand my feelings more and thus less arguments would break out. Dead wrong. It can, in fact, be much worse. Although I loathe to resort to stereotypes, women are renown for being cutting with their comments, often taking time to think about what will hurt the most, and so can you imagine what it’s like putting two women together when angry – it can be bloody awful!

I love my partner, and she loves me, but the amount of times she’s wanted to (metaphorically) throttle me and I wanted to do the same with her is something that can’t be ignored, as I’m sure our families are all too aware of. We go in for the kill, verbally speaking, and we know exactly what to bring up at what moment; it can be brutal, and unlike anything I’ve experienced in other relationships. I doubt it’s down to us just being two women in love, but I do think that us being both female plays a role.

Let’s get this out there, like how I remarked on combating stereotypical ‘lesbian roles’, we’d like to make people aware that we also want normal things: we want marriage, kids, to buy a house. Funny enough, we’re just like everyone else. When I think about it deeply enough, it’s rather upsetting to know that I have to state that.

RELATED:  Sweatpants and Sofas: How to Avoid Being a Boring Couple

Too often it’s thought that because we’re not in a male and female relationship, we won’t want (supposedly) hetero ideals. It’s completely ridiculous. One, marriage isn’t just a hetero idea, it’s about love, it’s that simple. I love my partner, therefore I’ll marry her if we feel that’s for us; the same can be said about if we decide to have children. We’re just as capable as any hetero couple, just as a gay couple is as capable as us, and so on – when you consider how many people have children for the wrong reasons, judging us simply on our sex and lifestyle is appalling. Yet it keeps on happening.

As you can see, lesbian relationship comes with a minefield of issues and rules, not only placed onto our relationship by others but by ourselves as well. Dating anyone is a scary experience for many, but when you struggle to find sources to help you out, it becomes all the more frustrating. My hope is that, by understanding lesbian relationships and love more, not only will couples feel better explained and thus helped, but that those from the outside looking in will as well.

Emma is a published author and a freelance writer, with a passion for speaking her mind. Most of her time is spent with her partner and their young labradoodle, Finn. Human behaviour, and their complex interactions, is something that interests Emma greatly, and something she hopes to explore further via her blog Literate Elf.