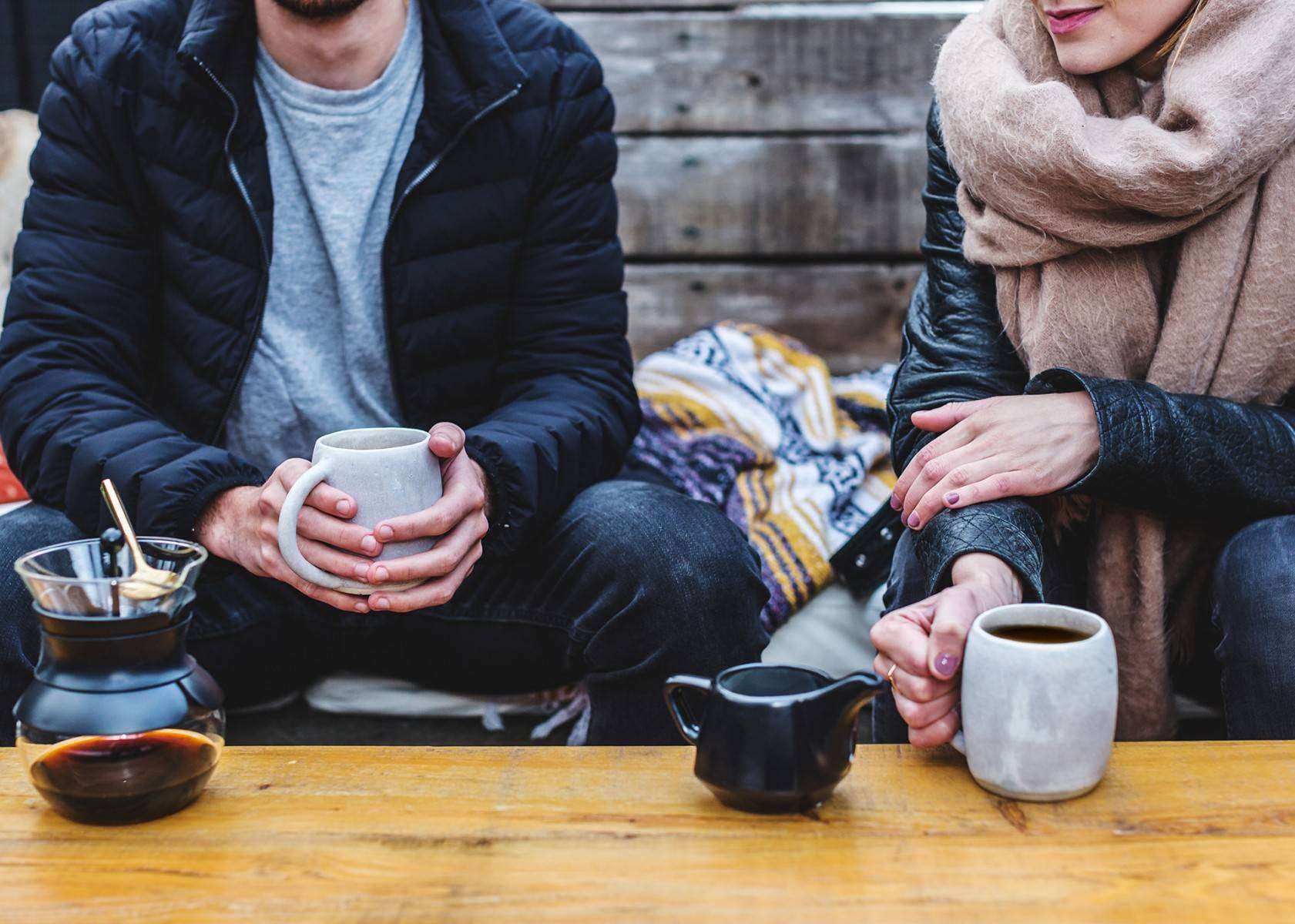 When I first started online dating a few years ago, I thought everything would be easy. I’d get some ideal selections, schedule dates with women I find interesting, pick the best one, and date her — it was going to be so easy. It might sound a little superficial and shallow, but I was thinking at the time that it would be a very easy process for me. I didn’t anticipate the bad matches or the dates that ended up being a waste of time. It’s a struggle to even find someone real, interesting or local to date that meets my expectations.

Some women I liked, but even they ended up not even wanting to go out with me again or just plain stood me up on the first date. So not only have I been the rejector, but I’ve been the rejectee. You can’t win them all, especially with online dating. I hate to be the bearer of bad news, but there’s all sorts of negative outcomes. You’ll come across women you’re not interested in, women who initially take your fancy, but you won’t want to date them after meeting up in person, women who you initially like, but are too far away to date, and women who will not want to date you. So, yes, your ego may take a beating.

Reflecting on my personal experiences, here’s some online dating advice to other men about what to look out for and possibly expect.

Contents Show
1. She’s completely fake
2. You’re not interested in her
3. She looks nothing like her profile photo
4. There’s no spark on the first date

This is fairly common. There is a woman who is super attractive on a dating site who is interested in you and wants to chat with you! Good for you… except she’s probably a scammer from Nigeria who is using a fake photo of an attractive woman to talk to you, and try to get something from you! Welcome to reality. The woman of your dreams who is ultra-attractive in ‘her’ profile photo is a complete and utter fake.

Watch out for bad spelling during communication. If she misspells her name on her dating profile, this is an obvious red flag. She claims that she accidentally dropped her phone in the toilet after texting you? Or she can’t talk to you over the phone and actually have a real conversation with a real voice? Not good! Unfortunately, fakes and scam artists will do anything to get your money and lure you in all sorts of creative ways.

RELATED:  How to Cure Oneitis: Things That Pickup Artists Won’t Tell You

Dating sites are the most lucrative area for them to persuade lonely and gullible men. Report the fake profiles to dating site admin so that their account is taken down. Think twice, before dangerously believing that these fake accounts are real women interested in you.

Don’t give out your email address or any other personal information until you get to know someone better. Use your innate intuition to make an intelligent judgement between the fake women and the genuine women. It’s important to listen to your gut instinct. If you simply don’t have enough evidence that she’s real, stop chatting to her because you’re probably wasting your time (or money).

This is common for both men and women. I know that women struggle with this as well because they tell me stories about it during my dates. When a woman whom you’re not interested in messages you, the best thing to do is to politely ignore her. If you’re just not feeling it, don’t waste your time with her scheduling a first date. Of all the messages I get from women, I only go out with a low percentage of them. Sometimes, even these dates don’t work out for me.

Is a woman bothering you with constant messages? Block her. It’s a no-brainer. Most women get the message if you don’t reply. I’m sure that men are even worse with women. Again, I know this because I talk to women about it. Some men just creep them out. I’ve been on some dates, and the women have told me about this. The same goes for yourself. I’ll often see a woman I’m interested in so I’ll send her an initial message. If she doesn’t reply to me, I assume that she’s not interested, and I move on. You should too.

RELATED:  Why Your Best Friend Might Be the Key to Online Dating Success

If a woman sends you a nasty message for not replying to her, don’t engage with her, and just block her. You will save a lot of time arguing with a complete stranger online. One woman blasted me online for being shallow, superficial, and conceited. She obviously doesn’t even know me, and she was judging me off the bat for certain things that I wrote on my profile. That’s fine… I can take some criticism for what I may have written. But she was acting hostile by picking a fight online with me for some unknown reason. I just blocked her. Now she’s silent.

Some women won’t use recent photos or they might pose to give the appearance they are more attractive to merely get a date with you. This is a common issue with online dating, so I recommend getting selfies from her over text after you get her phone number (if she’s up for it) before going out on the initial first date. That way, you can get a realistic idea on what she looks like in her day-to-day life.

Needless to say, an important piece of online dating advice is to have the attraction towards a woman. People that tell you otherwise aren’t being straight and honest with you. Yes, you love what’s inside and how kind someone is to you, but how they look and their appearance is extremely crucial to your dating success.

You shouldn’t show up looking like a bum on your first date. It’s completely fine to have some higher expectations concerning her appearance. Beforehand, look up her Facebook profile covertly when she gives you her name. Occasionally, I’ve started chatting with a woman, only to find out from a selfie or a Facebook profile that she’s not really the type that I’d like to date. I’m sure that it goes both ways as well. Maybe she looks at one of my Facebook or Instagram and something may turn her off. Maybe something I tweeted or once wrote online offended her. That’s perfectly fine for me, because it will weed out the structured and rigid women from the kind and flexible women who don’t think it’s a big deal that I said something, or acted a certain way, and she won’t be judgemental about it.

RELATED:  How to Get a Boyfriend: 18 Tips For Navigating the Dating World

There’s no spark on the first date

I had a date with Destiny one Thursday night. No really. Her name is Destiny! We had a good date, we laughed, shared stories. She told me about a fun story involving when she was stranded in Chicago with a friend. Kind, attractive, had a good job, had a warm smile. I’d like a second date, I thought. There was only one issue. Later, she messaged that ‘there was no spark’ for her.

Guys, this is their Womanese language of meaning that they really don’t want to see you or date you again. I appreciated her telling me that. I respect a woman who is brutally honest with you, without ‘beating around the bush’, so to speak. So rather than begging her to go out with me a second time, or trying hard to raise her interest in me, I politely thanked her for meeting up with me for the fun date and moved on with my life. No big deal. You can’t win them all and I’ve grown to expect rejection from time to time. It’s part of life, and you inevitably learn from it.

Basically, don’t expect too much on your first date. Number one top piece of online dating advice is to stay grounded in reality. You’ll probably have multiple dates before finding the right woman that you want to date exclusively. Perhaps you get lucky and find her sooner. Good for you! But the chances are you’ll go out on some dates and ‘practice’. Things don’t work out for so many reasons. Stay selectively single. Take your time. Don’t rush into that next underwhelming relationship or dating disaster. That would be my online dating advice for you. Don’t say that I didn’t warn you.

William is a graphic designer and creative writer. One of his favourite interests is reading books about relationships. He recommends ‘How to Succeed with Women’ and Doc Love’s ‘The System’. He has two adorable children that he enjoys spending time with. William is currently single and is preparing for his next relationship. You can follow him on Twitter.