4 Things To Avoid After a Breakup 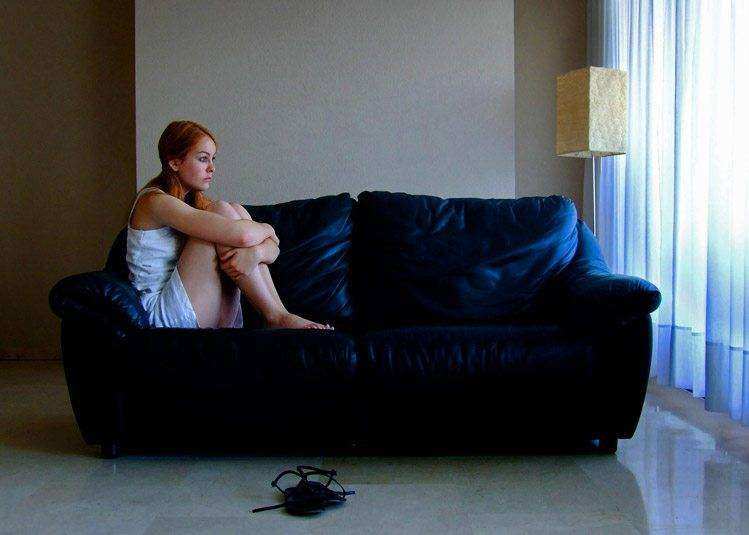 Breakups are hard work. They can change you as a person and push you to places you never thought you’d see before. However, everyone will go through a heinous breakup (and if you don’t, count yourself VERY lucky!), so don’t make the mistakes I did, and avoid these four activities after a breakup.

I realise these experiences don’t paint me in a very stable light. But remember: emotionally scarred people can do the strangest of things.

I can laugh about it now of course, 8 months down the line, but at the time doing these activities was like standing on a knifes edge, one step away from an emotional break down.

Contents Show
1. 1. Visiting your grandparents
2. 2. Shopping in IKEA
3. 3. Having drinks with a sarcastic friend
4. 4. Attending a wedding fair

Obviously, I don’t mean avoid them forever. They are your family after all. However, if your grandma is anything like mine, she doesn’t have much of a filter. Hearing my ex’s name was like taking a punch to the stomach for the first month after ‘The Breakup’ but every time I saw my Gran, she continued to ask whether I had heard anything from him, no matter how many times every member of my family explained to her we had broken up.

It didn’t help that I fear she loved him more than I did. She actually had a photograph of him on a shelf with pictures of all her other grandchildren. Did I mention I wasn’t in the picture?

The morning after ‘The Breakup’, my Mum dragged me out of bed to visit my Gran. She had obviously called in advance to pre warn  her not to mention him, but 5 minutes in I got the usual ‘How is he?’

RELATED:  Will My Ex Ever Come Back? 11 Positive Signs

I became a hoodie wearing, greasy haired mess balling on my Gran’s sofa as she shuffled over to his picture, removing it from the shelf and saying, ‘I didn’t really like him anyway.’  However I’m sure she was holding back tears herself, slowly coming to the realisation that he would never be married into our family.

So if this sounds familiar, for your own sake, don’t go to see your grandparents broken hearted, you’ll only use all their tissues.

When I was in a relationship, my ex hated accompanying me to IKEA. Probably because we didn’t have a house so he couldn’t understand why I would want to visit a furniture shop; he used to say ‘Hell is a never ending IKEA, and you won’t even get an ice cream at the end.’

Maybe subconsciously, I thought the visit would be like a new awakening. I could walk around at my own pace, stopping when I wanted to and not having a voice in my ear saying, “Why are you looking at kitchens? You need a house to have one of those!”

Instead I spent my visit green with envy at the type of people gracing the aisles with their presence.

The perfect family of husband, wife, son and daughter, shopping for a new bathroom after finding each other, having two glorious children and living together happily for so long, their house was in need of a redecorate.

The young couple with a new born baby, who couldn’t take their eyes off their precious bundle of joy as they shopped for it’s first crib, just oozing love out of every pore.

The couple that are still riding high in the honeymoon phase, having just moved in together and the biggest deal in their lives at the present moment is whether they should buy plates in white or cream!

RELATED:  I Always Text Her First. Should I Stop Texting?

How can this be the most important thing in your life when my heart is broken?!?

Safe to say I bought FOUR ice creams as I left IKEA and ate them one after the other, barely coming up for air in between each mouthful and suffering from brain freeze the whole journey home.

3. Having drinks with a sarcastic friend

Don’t get me wrong; she is great in a break up situation when you’re at the stage of hatred for your ex, but until you’ve reached that stage of mourning your relationship, this friend is not who you need around you.

My best friend has never seen me cry. Nor have I seen her cry. Our friendship is solidly based on taking the mick out of each other and seeing the funny side of every situation we have ever been in.

My ex had given me some questionable birthday presents a few days before ‘The Break Up’. I had recently bought my first car so he had gotten me the following: an in-car charger, a phone holder for my car, an air fresher, and some CLOTHS to clean my car (how I didn’t see this break up coming I’ll never know!).

My friend came over armed with wine and upon seeing the presents in a disregarded heap, the first thing she said was ‘Well those cloths were the best thing to come out of that relationship.’

As my bottom lip started to quiver, she quickly changed the subject and realised I was hurting more than she had saw me hurt before. After spending the evening completely avoiding the subject of heart break, I didn’t see her for a good 2 weeks until I was ready to take the piss out of everything my ex had ever done.

RELATED:  How to Get Over a Guy You Dated: 7 Practical Steps

Sounds like an obvious one I know, but after having promised my friend for months that I would go to a wedding fair with her, I couldn’t just back out because I’d been dumped. So pretending everything was fine, two days after ‘The Break Up’, I was putting on a brave face, and gritting my teeth as so many pretty engaged women planned the happiest day of their lives around me.

One poor woman asked my friend when she was getting married, to which I butted in ‘How do you know it’s her and not me, huh? Do I look like someone who will never get married?’

The women looked down at her feet and said, ‘Well she is the one wearing the ring…’

I wandered round that afternoon trying my hardest to smile and not stand on a chair and scream, ‘Ladies, lets face it. Is all of this worth it when you’re sure to get screwed over in the end one way or another? Should we all just club together, buy a yacht and sail to a far off island where the rules are simple? Men will never touch the soil we walk on and hearts shall forever remain in one solid piece. Plus our tans will be impeccable.’

Breakups surely are the worst! But take it from a girl who knows, these places and activities are not for the love sick! Avoid them at all costs (unless your goal in life is crying in public and snapping at strangers) until things get better, and believe me, they will!

Elle works as a freelance singer, travelling the world performing on cruise ships and in hotels. Find her on Facebook or check out more about her writing on her website.