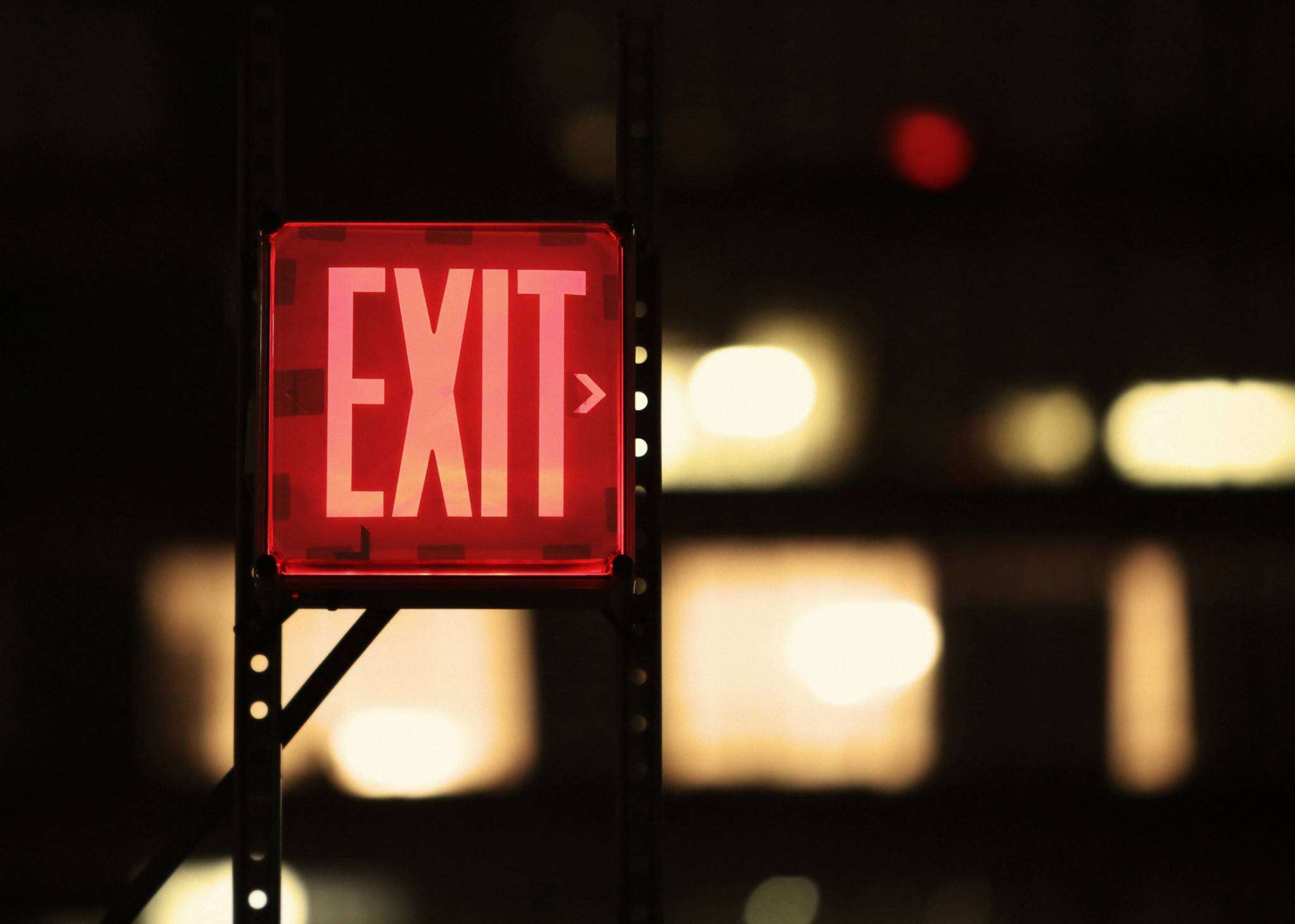 If there’s anything that I’ve learned about dating that I strongly believe everyone should know, is that dating is about being vigilant and observant as opposed to just having fun. I’m a single girl, yes I’m not in a relationship. I hear you ask, ‘well what do you know about dating if you’re single’? It’s a very good question to ask.

I’ve been on countless dates in the past, attended major national love life based events and I attend weekly love talk seminar’s at least once a month. These events and seminars are hosted by married couples who profess that they have been happily married for years and guess what? I believe them.

There isn’t necessarily an art to spotting red flags during the early stages of dating, but the dating process is what I like to call, an assignment. You have to know and learn the right things about the other person and test them along the way. Regardless of how you meet a potential partner, there will inevitably be both clear and more discreet red signs that will be visible if the person is just not for you. There are two obvious questions that spring to mind – what are the red flags and how can you spot them? Let’s delve in shall we?

Contents Show
1. Secrecy and lies
2. Lack of character
3. Things move too quickly
4. Family and friends say “Hell no”
5. They put you down
6. They are oversensitive
7. The are lazy

I have never heard anyone say that they have been in a happy and fruitful relationship with a liar or a secretive person. This type of ‘happy’ relationship just doesn’t exist. It brings nothing but uncertainty, confusion, insecurity, pain and stress. You could be with someone who is secretive and a liar for years and still know absolutely nothing about them, even though you may be living with them. If you’re dating someone who is a compulsive liar or is secretive you need to run away as fast as you can.

Catching people who possess these traits is very easy. You start off with asking them basic but important questions, for example, how many relationships have you had and why did they end? What do you do during your spare time? What job do you do? Paying attention to the responses and answers they give is also very important. A good trick is to ask the same questions in a different way on other occasions. It’s unlikely that they will answer you in the exact same way, but you will be able to catch them out if their answers don’t correlate or make sense.

RELATED:  50 Shades of a Player: How to Recognise and Avoid Him

When you’re dating someone there should be a level of transparency. Dating is the perfect balance between not owing the other person anything as you’re purely just getting to know each other, but wanting to make a good impression at the same time.  Therefore, in reality, if the person is not transparent, then he/she is being secretive. I don’t mean that said person needs to reveal everything about themselves, because at this stage they really shouldn’t, but they should be able to tell you if they are going away for the weekend for example.

Someone who lacks character is a person who says they are going to do something then don’t do it. They are those who are constantly changing their minds and they are what I like to call actors. They are insincere and their behaviour and reactions to certain situations just confuse you.

They can be so confusing that they seem to just appear in and out of your life like a yoyo. Well as they say, YOLO (you only live once) so why waste valuable time on a person like this?

Such people lack good and solid characteristics. You can’t trust them, you can’t believe them and to be honest, you shouldn’t be dating them. If you’ve made plans with your date on several occasions and he or she continuously cancels or re-arranges with little or no notice then ‘Houston, we have a problem’. Someone who is serious about you would take things like this seriously.

Relationships are supposed to be for long term purposes. With each relationship comes new lessons, new experiences, but also new baggages. Ideally, you don’t want to be jumping from person to person, so is there really a need to rush a relationship? In saying this, there isn’t a specific timeframe to know if you’re ready to make it official, but I think we can all agree that there are certain things you need to know about the person before you make such a big decision.

If you’re dating someone who is constantly pushing you to take your relationship to the next level, that should be a sign that you need to cool things off a bit and figure out why that is.

Does he keep asking you to sleep with him? Is she constantly begging you to introduce her to your family? Or perhaps he’s talking about marriage and you don’t even know where he lives? Relationships shouldn’t be about running a race or competing with the next person, so tell your guy to take a chill pill if such signs seem to appear.

Family and friends say “Hell no”

Usually, family and friends have your best interest at heart. They often see things that we don’t see because we’re too infatuated about our new Mr or Miss to realise. One thing for certain is that if different people who don’t even know or speak to each other are saying the same thing about a person, then it must be true. Trust me, they didn’t read each others’ minds, they have just noticed a thing or two about your new date.

This doesn’t mean that you should run away just yet, but perhaps you should definitely pay close attention to see if what people are saying is indeed true. In saying this, you should never confront the person directly. This is because, if what your loved ones are saying is true and that you should be careful, your date will just deny it and change their tactics.

They put you down

How can you spot someone who puts you down either in a manipulative or open way? Well, 9 out of 10 times your spirit should be lifted up after having a conversation with them, if it’s not, ask yourself why? Do they appear to be very negative towards you as a person, such as telling you that you don’t do anything for them even though you’re only dating and they haven’t done anything for you either? Are they the last ones to cheer you on and instead of complimenting you, do they slate you?

If you’re unsure if they’re really this person who is just there to put you down, test them. Tell them about your future goals and ambitions or even point out a physical feature you have like your nose or arms. What do they say and how do they react when you bring up such topics?

This is an interesting one because the truth is everyone will hurt and offend you, however, some are worth fighting for. To be in a relationship you need to be thick skinned. I was the person who would be like, ‘I’m not going to be with that person anymore because he did this or he said that’. I was wrong for thinking that way, because no one is perfect.

If you notice that you’re dating someone who is always offended and upset by pretty much anything, then they are not ready for a relationship. There are some people who love to play the blame game. Everything is everyone’s fault but theirs. If they’ve upset you, it’s your fault, if you wronged them it’s your fault, if they made a mistake it’s your fault. Do you see the pattern?

This is the perfect opportunity to test the person in question to see how they react. Confront them about something they’ve done or said that upset you and observe their behaviour and what they say.

I am attracted to go-getters as in go get a job, go get some money and just go make something of yourself. We can all agree that life is hard and nothing good comes easy. Nonetheless, if you’re dating someone who appears to be stagnant in life and not really doing anything or going anywhere, that’s a big problem.

If they’re lazy about things like getting a job, then they’ll probably be lazy when it comes to things concerning you. Let’s face it, you don’t want to be the only one putting in effort when it comes to your relationship.

There are many other red flags when it comes to dating but these are definitely the most common. If you can watch out for these negative signs, you will save yourself from so much trouble and problems in the long run. A scratch can appear in a second but a scar can take a lifetime to heal.

Have you experienced any of these signs detailed above and if so what have your experiences been? Share your thoughts in the comments below!

Hetty gives lifestyle & life lessons with a pop fashion blog. She loves sharing her experiences and inspiring people. Aside from her blog HettyAsh.com she works in television. You can interact with her on Twitter or Instagram.