How to Tell It Was a Romantic Hug: 11 Signs

A hug is a warm expression of positive feelings. However, not every hug means the same. The emotions you experience will differ depending on the person who hugged you, be it a friend, parent, or someone you are attracted to.

Has a man you like hugged you? Are you wondering if it meant something more than just a friendly embrace? Here’s how to tell it was a romantic hug.

1. He melted in your embrace

The best way to determine whether the hug was romantic is to observe the guy’s body language. When he embraced you, was he stiff and seemed uncomfortable? Or did he completely melt in your arms, giving you a tight hug?

If a man gave you a super loose hug or if you felt that he felt awkward hugging you, maybe he considers you only as a friend. You need to be comfortable with the person you want to hug romantically. But if he gave you a passionate hug, completely melting in your arms, conforming to your curves, and taking a deep breath, it was definitely a romantic hug.

Unlike platonic embraces, romantic hugs last a bit longer. They are sweet, exciting, and reassuring at the same time. The tighter the hug, the more likely a man has feelings for you. 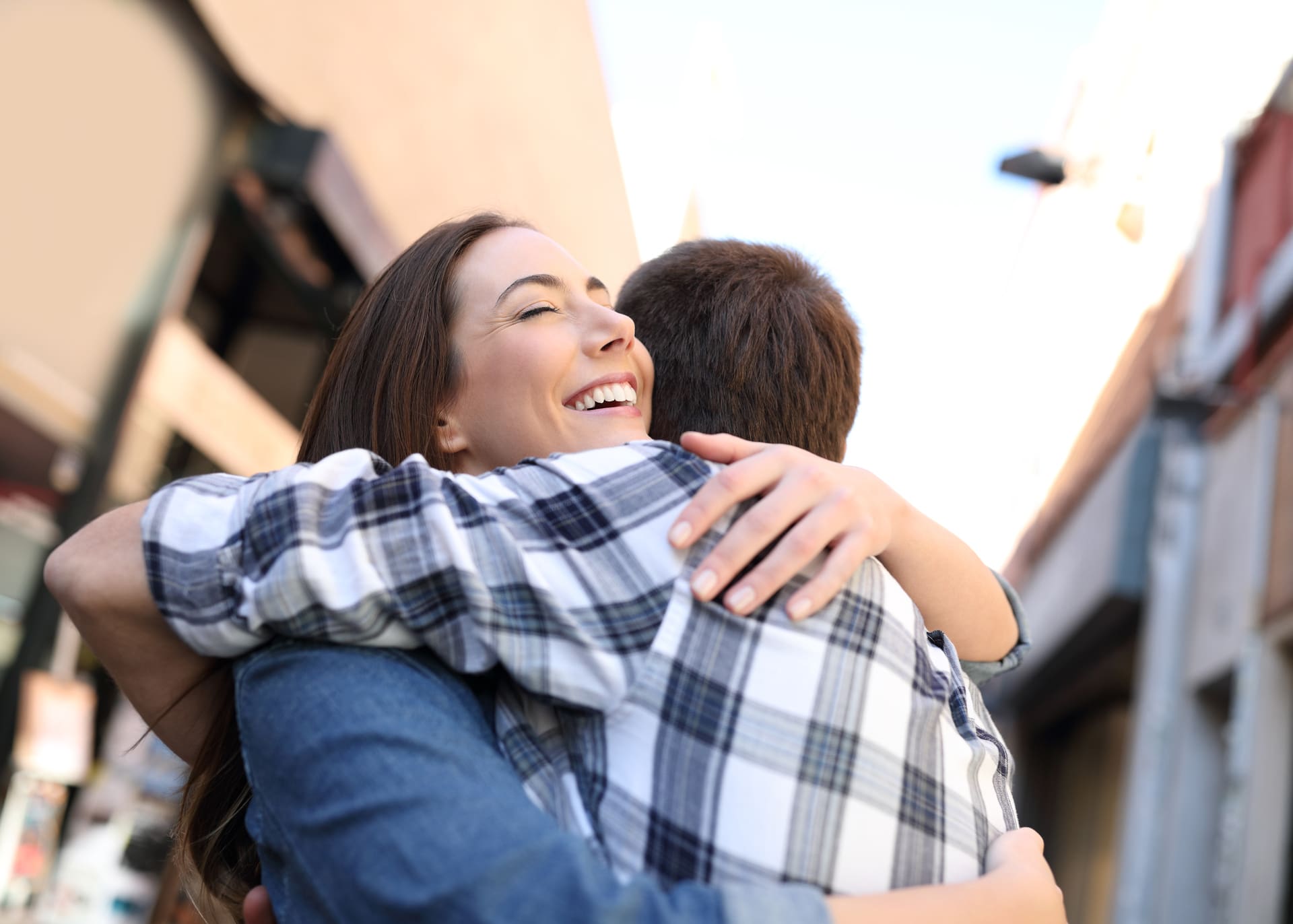 2. The hug lasted longer than it usually would

Longer-length embraces imply a more intimate and romantic connection, while shorter hugs can be neutral. Did you feel that the hug lasted a bit longer? Or did it last only for mere seconds? If a guy has held you in his arms a bit longer, he may have romantic feelings for you.

A quick squeeze usually is platonic. However, consider the timing of the hug as well. Generally, we hug a person when we meet or part with them.

Did the man hug you unexpectedly while you were hanging out together? Even if it was just a spontaneous gesture, reaching out to embrace you in the middle of a conversation usually indicates that he cares about you.

He probably attempts to show you affection by pursuing a closer physical connection. It indicates that he genuinely cares about you and wants you to be a part of his life. He shows his romantic interest in you through his body language. 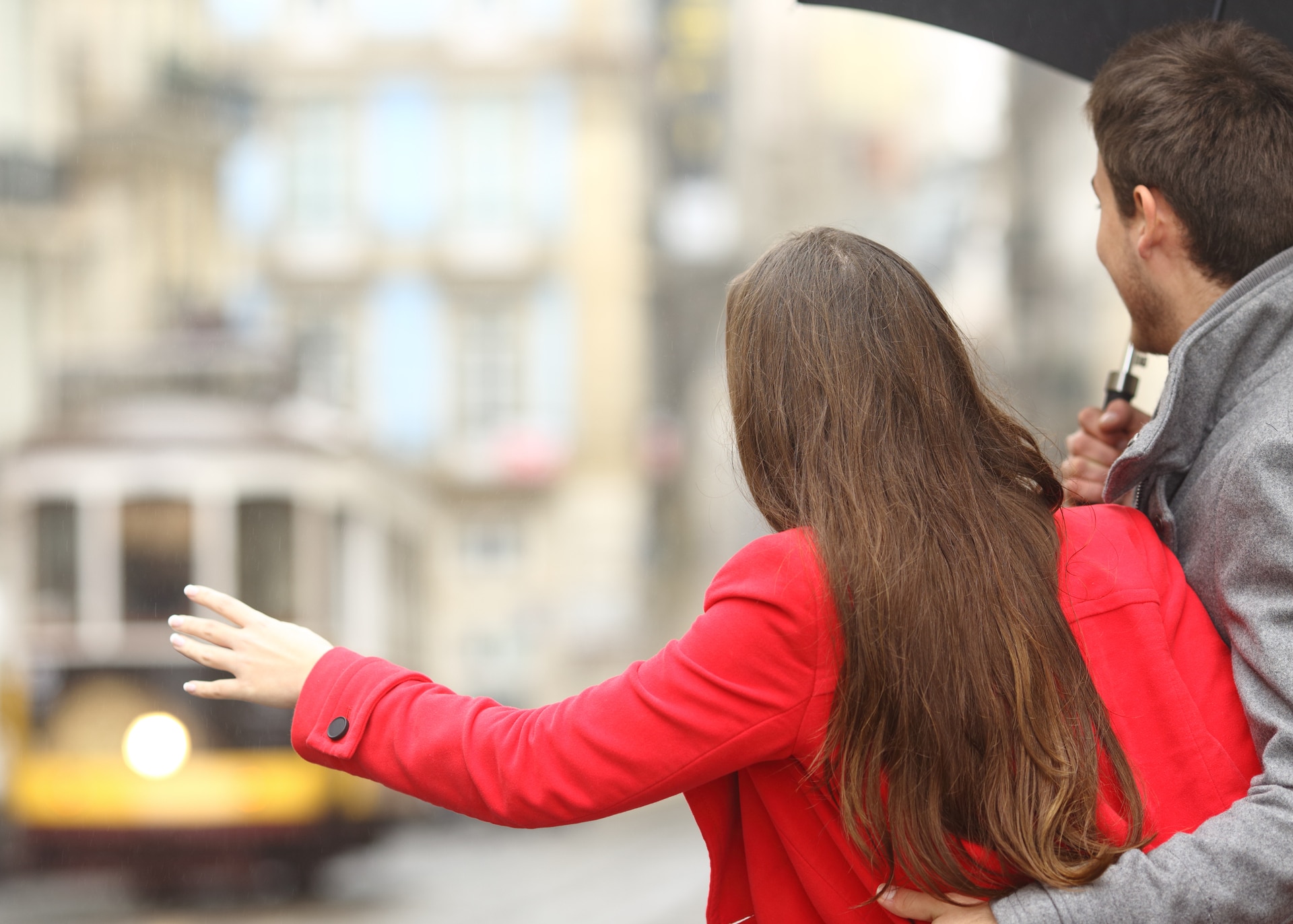 Hugging in a specific way can reveal a lot about your feelings and relationship. For example, did he give you a side hug? It was most likely a romantic hug if he wrapped his arm around your waist or shoulder while sitting next to you.

RELATED:  How to Get a Boyfriend: 18 Tips For Navigating the Dating World

Even though side hugging is common among friends, it’s usually a hug of support or encouragement. However, if a guy has romantic feelings for you, it will feel different. His arm may linger on your shoulder length, and the hug will be more gentle than just a pal embrace.

If a person hugs you from behind, it would be an intimate hug. It occurs when one person stands behind another and wraps their arms around the partner’s chest or torso, and the hugger’s chest is close to the other person’s back.

A back hug implies warmth and is typically shared between lovers. But of course, you should also consider other aspects of the guy’s behavior to determine his intentions.

4. He looked into your eyes before hugging you

How can you tell if a hug is romantic? Try to remember if a man maintained eye contact with you when he went for a hug. Eyes don’t lie. If you want to understand someone, look into their eyes.

However, a man interested in you will look in your eyes in a way that will make your heart flutter. Most likely, he will keep looking at you after he pulls away from the hug. Without any doubt, that’s a romantic hug!

5. He hugged you tightly

What factors should you consider while deciding whether or not a hug is romantic? First, feel the pressure with which the man embraced you. A tight hug usually signals intense feelings.

If you are his closest friend, it is normal for him to give you a friendly hug. But when a man pulls his body close to yours and then firmly embraces you, it’s clear that it is more than a friendly hug. He will hold you close to feel every inch of your body while you are in his arms.

On the other hand, if a guy gives you a loose hug and it feels forced, you probably should not keep your hopes up. It’s not a romantic hug if he keeps standing in his personal space and only hugs you with his upper body. This likely indicates that the man is not into you and that you shouldn’t have high expectations. The pressure he applies while hugging you will tell you a lot.

6. He wrapped his hands around your waist

The arm position is one of the criteria that determines whether or not a hug is romantic. When giving friendly hugs, the arms are usually higher, around the shoulders or upper back. If a guy slides his hands down your back, you can be sure he likes you.

When a man gives you a waist hug wrapping his hands around your lower back, it also implies his romantic intentions. The lower he places his hands, the stronger his feelings for you get, as these positions are reserved for romantic partners.

When a man hugs you, pay attention to other details, like whether he is playing with your hair or leaning in closer to smell your perfume, or he might even nuzzle your neck. When he pulls away, he might say that your hair smells nice or run his fingers through your hair, saying that something is trapped in it.

The guy who is interested in you in a romantic way would want to stay close to you and find a reason to do so. This is something a buddy would never do.

7. He hugged you with his both arms

It always feels great when the right person hugs you in the right way, and the position of one’s arms in a hug says a lot. Did a man hug you with both arms or just one arm?

Hugging friends with one arm is common. They lightly pat your shoulder after reaching around your back. But a man who truly likes you will embrace you with both arms. Then, he will usually wrap his arms around your neck or waist.

The way a guy hugs you will reveal his intentions. So try to remember how he approached you and where his arm was placed. Once you figure that out, you’ll know whether it was a friendly or romantic hug.

8. He closed his eyes when he hugged you

You sometimes close your eyes while relishing something to enhance the pleasant experience. For example, you close your eyes to enjoy it when you take a hot bath after being out in the freezing weather the entire day, kiss, or listen to music.

The same applies to a hug, as you feel it more intensely. When you reduce distractions, your brain can be present in the moment and appreciate the sensations.

Did the guy close his eyes while embracing you? If he did, he was so caught up in the hug that he closed his eyes to enjoy the sensation. He might have been in love with you for a while, and now that he is hugging you, he wants to savor the moment. This clearly implies that you received a romantic hug.

9. You could feel his body against yours

When you hug, you will notice that your entire body does not always touch the other person. Instead, only certain parts of your body touch, depending on whom you are embracing. For example, when two friends hug, only their upper body touches. While if you have lower body contact, it’s an intimate hug.

RELATED:  How to Start a Text Conversation With a Girl: 7 Fail-Proof Tips

Friends usually hug modestly, with only their upper chests touching one another. Their torso and legs are usually kept in their personal space. Friendly hug types, such as a bear hug, may involve more physical contact between two people. Still, the chests are usually the only body parts that are touching.

An intimate hug is characterized by close full-body contact with the other person. The closer a guy gets to you, the more he is physically interested in you. So when you feel your crush’s face, chest, and hips, it usually indicates that your relationship is more than a friendship.

10. He caressed your back

Look at the guy’s hand gestures to see if he is romantically interested in you. Hand movements are essential for understanding what an embrace implies. For example, when a man rubs or circles your back or strokes your hair while hugging you, it is undoubtedly a romantic hug.

However, the guy may have patted your back to cheer you up if you were upset before the hug. And it means he gave you a London bridge hug, not a romantic one.

In this type of hug, people lean forward, touching each other only with their shoulders. This friendly hug is usually given to comfort someone. So, before you get too excited, consider whether you expressed any concerns that prompted the man to comfort you.

Did the man smile at you as he hugged you? And did that grin last after you both pulled away from the hug?

A friend can smile while hugging you, but that smile usually fades after they pull away. But if someone is in love with you, he probably has waited for this moment. So the bigger the smile, the more likely the guy enjoyed being in an embrace with you.

When a man is in love, even accidentally touching fingertips with someone they like can send shivers up their spine. So, imagine what a hug can do to him. He simply won’t be able to contain his grin.

I bet you were smiling too as this guy embraced you, and you wouldn’t have wanted the moment to end. So, if you find him smiling even after you both pull away from the hug, it means he has romantic feelings for you.

There are different types of hugs, and each one carries a different sentiment, whether a straddle hug, a bear hug, or a waist hug. The guy undoubtedly likes you if you have checked a few boxes on this list. So, the next time he hugs you, respond to his hug by wrapping your arms around his waist and placing your head on his chest. And more importantly, relax and enjoy the benefits of hugging. After all, it is scientifically proven that hugging helps to relieve stress and makes you happy!

Brenda is relationships and lifestyle writer, coffee enthusiast, and a lover of new experiences. You’ll usually find her in a coffee shop with her laptop and a flat white scribbling down an article or searching for the next travel destination.