Cancer Man Traits: Too Good to Be True 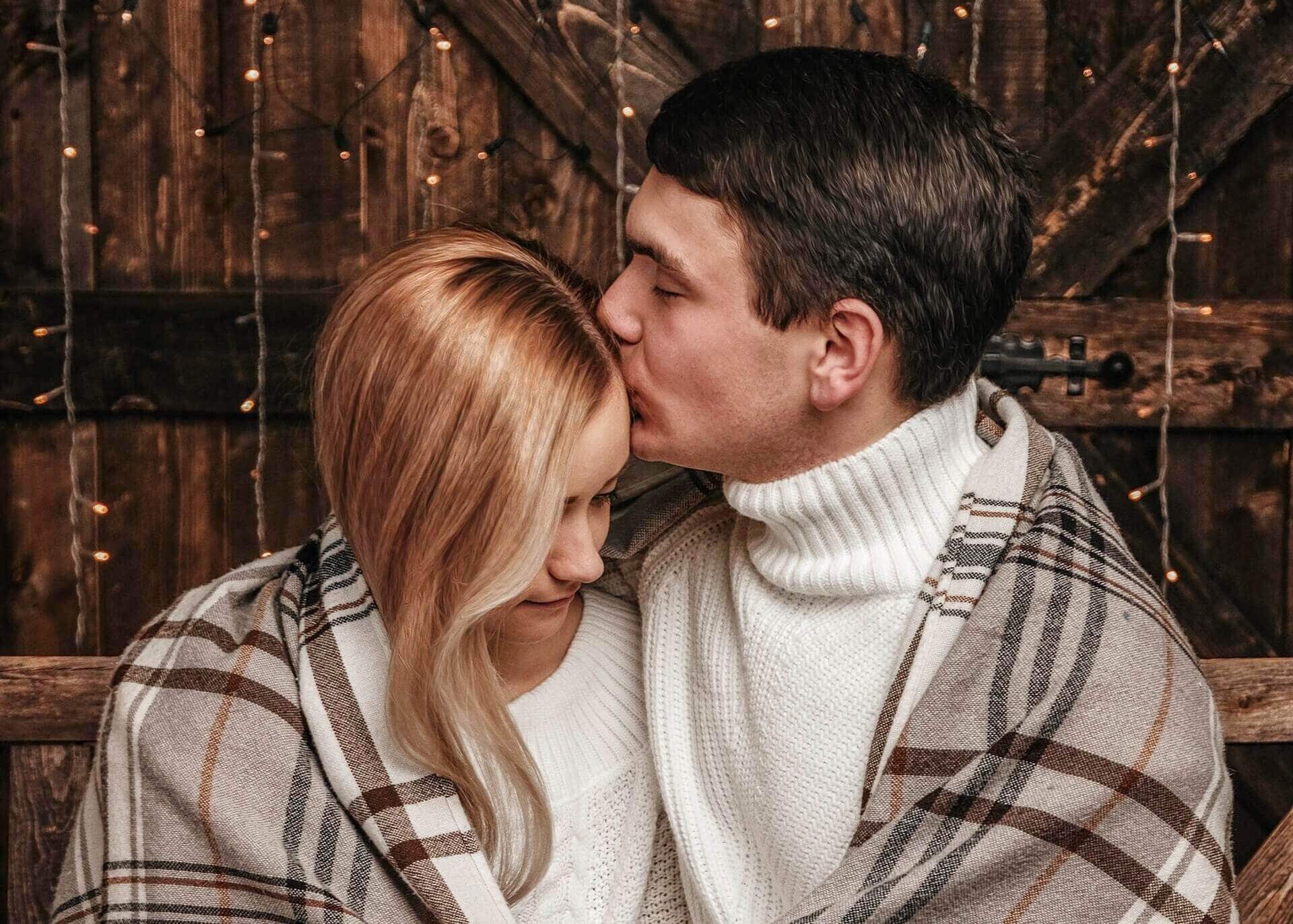 The Cancer man is so sweet and romantic that you might wonder if he is too good to be true. He seems attuned to you like he really gets you. In many ways, he really is that good. However, some challenging Cancer man traits can be tucked under that crab shell.

What is the personality of a Cancer male?

The Zodiac sign of Cancer begins at the summer solstice. The cutoff dates vary slightly from year to year, but generally, a Cancer man has a birthday between June 21 and July 22.

Cancer people, in general, are known for being sensitive. They can be very in tune with emotions, both their own and those of the people around them.

For Cancer men, it is essential to be able to take care of their loved ones. Yes, being a good provider financially is one way of showing love. However, it is also a socially sanctioned outlet for the Cancer man’s tremendous heart.

Society can be hard on men who are perceived as too emotional. Cancer men are known for retreating into the human equivalent of a crab shell when they are threatened or feel that their emotions are too much for the people around them.

The Cancer man can be very loyal, not only to his partner but also to his friends and family and even his employer, country, and religion. However, if people do not appreciate what he has to offer, he will never forget the betrayal.

The Cancer man is devoted to his friends and family, so you will be meeting them early on — no sneaking around for this old school guy! He wants everyone to feel comfortable together, and he will work to make that happen.

The Cancer sometimes needs quiet time alone, and he loves getting cozy with his romantic partner. You probably shouldn’t be with a Cancer man if you aren’t okay with at least some weekends curled up together at home instead of being out and about.

When the occasion calls for it, the Cancer guy is good at hosting larger social gatherings. He will make sure everyone is comfortable. He also has a great love for food and can be skilled at preparing it.

Cancer’s ability to read the room can make him a good entertainer. This might be surprising as entertaining is more commonly thought of with the Zodiac signs on either side of Cancer, the more extroverted Gemini and Leo.

The signs of Gemini or Leo by themselves can be narcissistic, tending toward the approach of “Look how funny I am.” Therefore, a Cancer man with a bit of Gemini or Leo inside can better assess what the audience is responding to and proceed accordingly.

One of the best traits of a Cancer man, his loyalty, can also be one of his worst traits. When he forms a bond with a person or a group, his commitment is hard to shake, even if it is evident that it leads him in a destructive direction.

Cancer’s loyalty to his family and friends can become a real problem if they are not good influences on him. For example, if he has a demanding mother, it will be hard for him to take your side when there is a conflict between you and her.

Men are often not trained to handle their emotions well, which can especially be challenging for Cancer men. So they might wonder, “How can I be this emotional and still be manly?”

Therefore, some Cancer men go to the opposite extreme and become repressed emotionally, trying to create a macho or alpha male image. Their emotions come out in whatever they have decided an acceptable outlet is, so they might become unhinged about some political or religious cause. Whether they prefer a liberal or conservative interpretation of the term, they can be found shouting about “family values.”

A Cancer man might also take a breakup really hard. His fear of a separation that has not yet happened can make him clingy, thus increasing the likelihood of a breakup.

How to attract a Cancer man

Set up your stakeout in your town’s coziest comfort food diner to attract a Cancer man. If you try to look a little glum while sitting alone at your table with just a coffee, the Cancer man may wander over to cheer you up. He might even order you some of his favorite food specials at the diner, as he, of course, has the menu memorized and knows everyone who works there by name.

Another approach would be to attend a workshop on organizing skills and find a Cancer man there.

Any sign usually has a little bit of attraction to its opposite. Cancer’s opposite is the ambitious Capricorn woman. The Cancer man might not be interested in going to some of the extremes that Capricorn woman goes to. Still, he feels that being a little more organized would help him achieve some of his goals, like never forgetting the birthday of any of his loved ones. He might also have a collection of some sort, like sports cards or music, that needs to be put in order.

RELATED:  14 Signs a Cancer Man Is Playing You

What is it like to date a Cancer man?

The Cancer man in love wants to take care of his partner. So when he takes you out to eat, there won’t be a big issue around whether you went to the most expensive or the cheapest restaurant in a town, unlike with some earth sign guy trying to prove his status to you that way.

Instead, he will go to the coziest restaurant where he feels the most comfortable. One of his better personality traits is a lack of pretentiousness, so he is interested in finding something that you and he genuinely enjoy.

The Cancer Zodiac sign is ruled by the Moon, which is involved in knowing one’s individual tastes and preferences. Cancer’s unpretentiousness comes from this awareness of what does and does not work for him.

The Cancer man would not pretend to like fancy art and music if he were not genuinely into it, even if doing so would increase his social status. Instead, he would be more likely to support the artistic pursuits of his family and friends because of his love for them.

Some Cancer men have artistic talents of their own. You may wind up being his muse for songs or paintings if yours does.

You and your Cancer partner might also enjoy outdoor activities, especially picnics. The enormity of nature might help him get some perspective on the emotional upheavals swirling inside him.

When you want to impress your Cancer man, choose a gift from your heart. He will appreciate your thoughtfulness and intention rather than the price tag.

The Cancer man in bed is cuddly and sweet. For him, sex is more about safe nurturing than about wild adventure. It is a big risk for him to come out of his shell and open his heart, so he doesn’t like to take chances.

The sign of Cancer is associated with a maternal sort of nurturing. He might therefore be attracted to your breasts. Also, his chest is often an erogenous zone that you could also stimulate.

Try not to scare him off with anything too crazy in the bedroom. The Cancer man wants sex to be about love, not about kink. He is good enough at getting attuned to your body and his body that maybe you won’t miss the bells and whistles that others might have to offer.

Whether or not your Cancer man has any athletic ability, sex is not about showing off for him. Instead, he is looking for a human connection between two people.

The Cancer man is not likely to be interested in a quick fling. He becomes emotionally attached after sex, but he probably wants to have some emotional attachment going into it the first time too. For him, the best intimate connection is one that grows over time.

RELATED:  How to Attract a Libra Man: 26 Tips

How compatible are you with your Cancer man?

Some Zodiac signs have the edge over others in romantic compatibility with a Cancer man.

Cancer is a water sign, and the best match for him would be a woman who belongs to one of the water signs — Cancer, Scorpio, or Pisces.

One big advantage of a water sign woman for a Cancer man is that she would not be intimidated by his emotions. People of other elements, especially air, can be afraid of the emotional realm and let a water sign partner walk all over them out of fear of setting them off.

Of the three water signs, a Pisces woman might be the best at helping a Cancer man get some perspective on the drama of the moment. On the other hand, Cancer man and Scorpio woman might be too inclined to agree that the drama is really big. Therefore, it is ultimately less of a problem than trying to suppress the drama entirely.

Cancer man and Leo woman are sorts of an unusual match, as Leo belongs to the element of fire. Still, they work better than one might expect because they can be a little extra. Also, with neither of them shaming each other for being too dramatic, the tension can unwind naturally.

Capricorn man and Cancer woman can be good match due to often conforming to traditional gender roles. However, the Cancer man and Capricorn woman union might be more challenging. Ruthlessly efficient Capricorn would lose patience with the Cancer’s emotional nature. A Virgo woman might have the same problem as a Cancer man — why do we have to emotionally process again when there are more important things to do?

A great example of the Cancer love of food is chef Anthony Bourdain.

Another of Cancer’s best personality traits is working to make the world kinder and more inclusive, exemplified by civil rights activist James Meredith.

Loving a Cancer man can be a sweet storybook romance. However, he may struggle with expressing his sensitive side in a world that does not always have room. But, no matter how well he handles the challenge, it will always affect him somehow.

If you are willing to support the Cancer man, he will have your back. It is an honor to be counted among his loved ones, as he will protect you with profound loyalty and commitment.