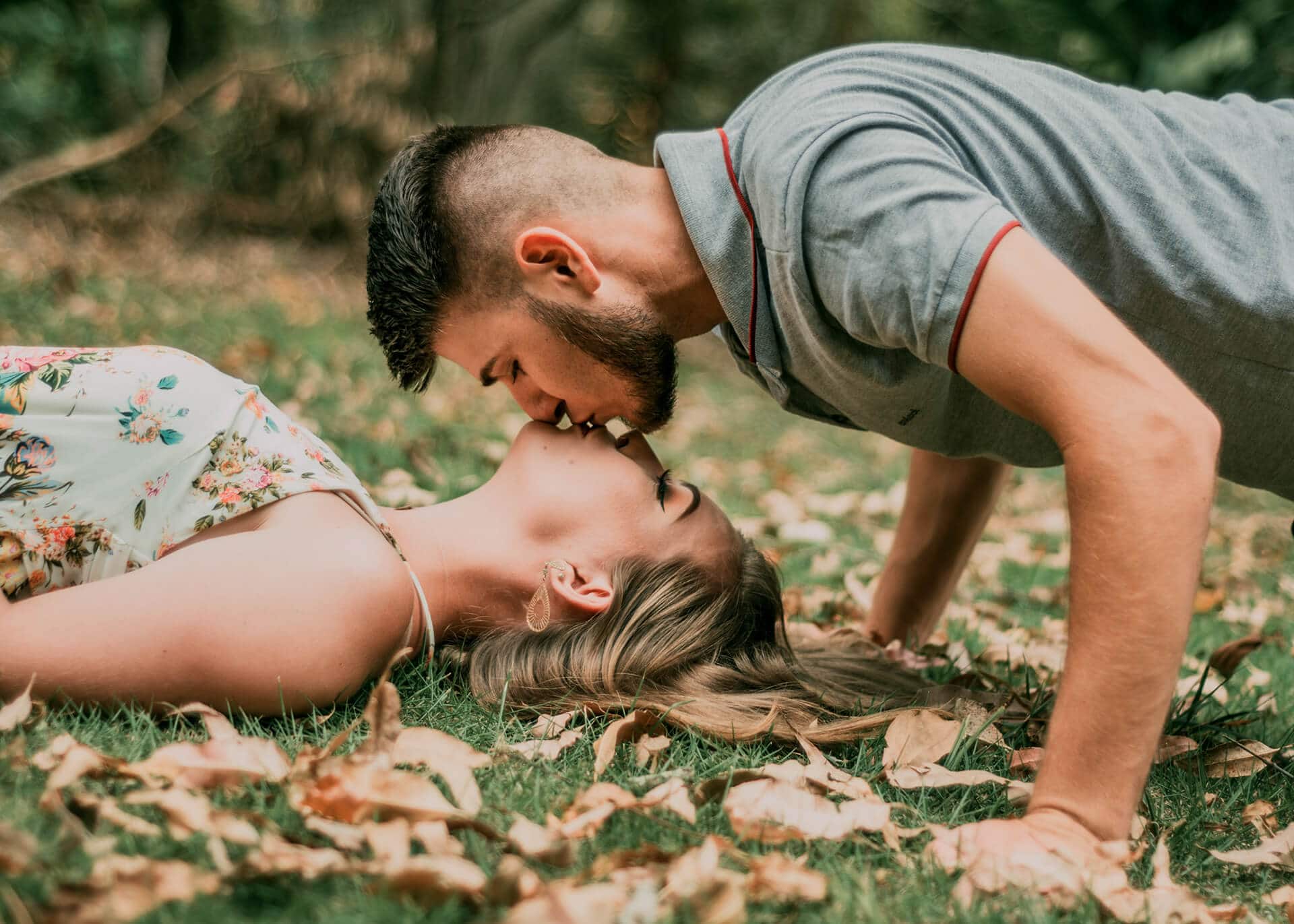 Imagine a theater production with actors up on stage in costume reciting their lines. They make it look effortless, like they are having a natural conversation. You have no idea how much work went into that in months of rehearsals.

The Cancer man Leo woman relationship is like that. They are ultimately a lovely couple, but they have to nurture each other to get to that point continually. Fortunately, they are both up to the challenge.

The emotional connection between a Leo woman and a Cancer man can be intense. Leo’s sign is ruled by the Sun, while the Moon rules the sign of Cancer. The Sun is light, while the Moon is associated with darkness because it only comes out at night. They are opposites.

Interestingly, the Sun is traditionally thought of as masculine, and the Moon is considered feminine. These days gender is more complex than that, but even so, the Leo woman and Cancer man probably have a common background of being too much for the people around them. The Leo woman was a girl who was too loud and too boisterous, even if she was not louder than the boys. The Cancer man got shamed for crying too much.

When the Leo woman and Cancer man come together, they never want the other to feel like they are too much because they both know that hurts. They have both been burned by Geminis and Virgos, who tend to intellectualize how a person should feel in a given situation, and they have also been burned by Capricorns and Aquarians who like to hide behind their favorite social structures.

The Cancer man and Leo woman agree that the only way you’re supposed to feel about a given situation is how you feel. They, therefore, are excellent at hearing each other out without judgment and responding with empathy.

The Leo woman was a girl who was too loud and too boisterous, even if she was not louder than the boys. Click To Tweet

A Leo girl who gets attention for being good at school might experiment with correcting others’ spelling and grammar to get more attention for her smartness. When she grows into a woman, she usually has a better perspective on respecting others around her. The big picture, not the minor details, is ultimately important for her.

A Cancer man communicates from his heart, not his head. He is also a big-picture rather than a detail-oriented person, and he gets his sense of the big picture of a situation from his emotional reaction to it. At worst, he dislikes his truth to be muddied by the facts, which can be dangerous because of his capacity for intense loyalty to his country or political party. The Leo woman should try to stop him from getting involved with online conspiracy theories, but she won’t because she loves the drama and creativity of the wacky stories people cook.

The world would be better off if the Leo woman Cancer man couple stepped away from their computers and got involved with their local artistic community. Many Leo women and Cancer men have the creative ability to bring the fruits of their active imaginations into the physical world. Even if they don’t, they will enjoy going to concerts and other artistic events together.

Cancer men are touchy sometimes, but the Leo woman knows something about hurt pride. Even if she didn’t mean to trigger the Cancer man, she has a sense of what he is going through when it happens and can restore order.

Do Cancer and Leo make a good couple? One point in their favor is that they both value nurturing the individual. Cancer puts more emphasis on nurturing, and Leo emphasizes the individual.

Cancer is a water sign, and water tends to take the shape of its container. In a relationship, what side of the Cancer man comes out depends on who his partner is. If he were with an earth sign woman — a Taurus, Virgo, or Capricorn, he might be more concerned about making enough money to provide the financial security that the earth sign woman is obsessed with. He wants emotional security, so if financial security is his woman’s price, he’ll find a way to get that for her.

A Leo woman is not obsessed with money in the way that an earth sign woman is. Yes, she likes to have cash because she wants to have fun, and often fun things cost money. Leo woman has an abundance mindset, and it tends to work out for her in the end. Even if she’s not always wealthy, she finds the money when needed.

Leo woman has an abundance mindset, and it tends to work out for her in the end. Even if she's not always wealthy, she finds the money when she needs it. Click To Tweet
RELATED:  Pisces Man in Bed: Creative Lover

How does a Leo woman attract a Cancer man? She has to prove that he can trust her. Trust is one of the less balanced parts of the Cancer man-Leo woman relationship.

The Leo woman doesn’t worry as much as some people do. The Sun gives her an optimistic nature, and she trusts easily. Maybe she is even a little bit gullible. She does, therefore, get burned from time to time. This can hurt her pride, and she can need time to recover. Ultimately her underlying optimism bounces back, though.

The lioness may become impatient with the Cancer man for being reserved while he is trying to attract the Leo woman. She doesn’t see the world as a scary place and doesn’t fully understand it when he does. The more the Cancer man is pushed, the further he will burrow back into his shell. The Leo woman’s loyalty can eventually win him over, but she has to go at his pace.

The physical compatibility between the Cancer man and Leo woman is not super dramatic, but they are both happy enough with their bedroom experience together.

Some might call the Cancer man vanilla. The numbers game he plays is not how many women he’s bedded or how many orgasms anybody has had — it’s how many hours were spent cuddling. He is sweet and concerned with the Leo woman’s comfort, even if he isn’t an expert on sensational pleasure-inducing techniques.

Leo, young at heart, can be on the vanilla side too. The Leo woman could be kinky if encouraged, but if the Cancer man isn’t pushing her in that direction, she won’t bother to go there independently. While the Leo woman is creative, her optimism about the world can make her a little innocent.

Would the Leo woman get bored with the Cancer man in bed? Even if she did, she wouldn’t be likely to stray. She knows a good admirer is hard to find.

The Leo woman could be kinky if encouraged, but if the Cancer man isn't pushing her in that direction, she won't bother to go there independently. Click To Tweet

One of the greatest strengths in Cancer man Leo woman compatibility can also be one of their biggest relationship challenges. Cancers and Leos are both emotional people. This is a strength in their relationship because they are better off with each other than either would be with a more levelheaded partner who insisted they knock off the drama. Being told to do that only makes the drama more inflamed.

When Cancer and Leo are both in the throes of drama, it is a lot to deal with. It may take a long emotional processing session to get to the bottom of an upset between them. The Leo woman will respect a man willing to stick with her on that level, but the Cancer man has plenty of emotions that need tending too.

The Cancer and Leo relationship is not a low-maintenance one. They will have to spend a lot of time working on it and addressing the problems. If they have the patience, though, the outcome can be rewarding.

Are Cancer and Leo a good match?

The Cancer man and Leo woman could become one of those married couples who make an ongoing effort to work on their marriage. They can’t just go on autopilot because they both have too great a need to process things that come up emotionally. Their Zodiac signs are in different elements, Cancer is water, and Leo is fire, so they don’t always see things the same way on the first try. Others might find what Cancer and Leo go through to understand one another exhausting. Still, the Cancer man and Leo woman have the will to stick it out and the patience to wade through emotional turmoil.

The reward for Cancer and Leo will be a strong relationship where it is safe for them to be who they are. They will both feel heard because they will try to listen to each other. The Cancer man and Leo woman are very loyal and value individuality and creativity. They would enjoy nurturing any children they happened to have and would be fun parents.