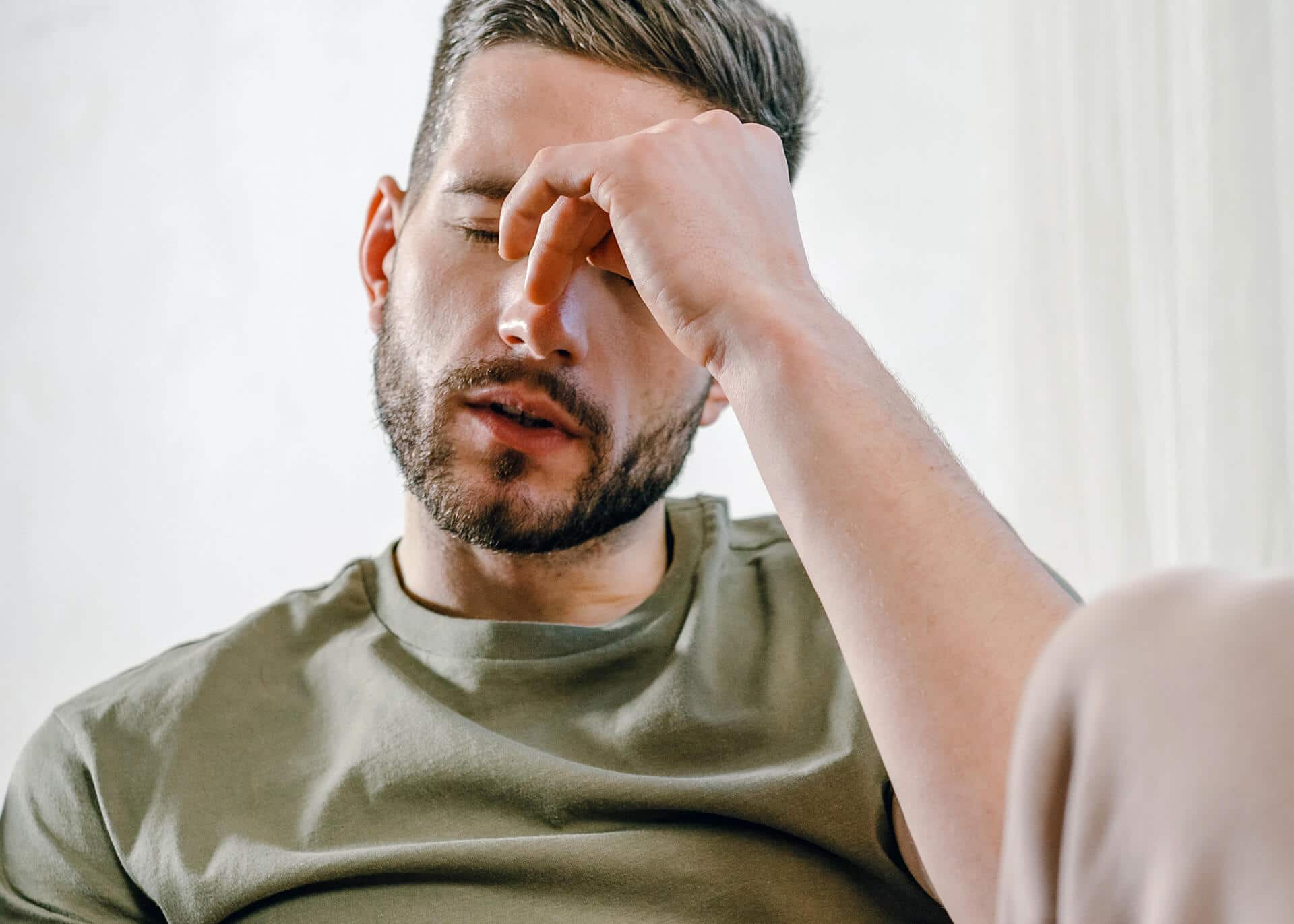 Have you met a guy you really like? Are you nervous about making some terrible dating mistakes and coming across like a weirdo? Learning what things to avoid can help you feel confident enough to get the guy you want. If you wonder what the biggest turn-offs for guys are, here are twenty-four deal-breakers.

The most common turn-offs for guys

After many years of conversations with other guys, I have realized that the same problems crop up when it comes to dating. While men have different preferences in women, some traits are instant turn-offs for the majority of them. Here are the most common women traits that turn guys off.

Although we love to know that a woman is into us, this can be taken too far at times. If a girl is obsessed with a guy and makes it obvious, he feels restricted and under pressure. Acting clingy and calling or texting a guy every few minutes can quickly get suffocating and make him run for the hills.

Being indecisive is one of the most common complaints men have of their girlfriends. When someone keeps changing their mind on plans (whether it is something small like what to eat for dinner or something big like where to go on vacation), it can be hard to know where you stand.

You’d hardly find a person who does not have self-doubts. However, if a girl’s every action screams insecurity, this can make it stressful to be around her. I once dated a girl who refused to believe any of the compliments I gave her were genuine. This eventually made me stop complimenting her at all, and the relationship ended before long.

Although most men love women who put effort into their appearance, this can be taken to an extreme. Dating a girl obsessed with her looks who can’t go an hour without checking out a mirror or taking selfies is a turn-off for most men.

RELATED:  How to Get Over a Guy You Dated: 7 Practical Steps
Dating a girl obsessed with her looks who can't go an hour without checking out a mirror or taking selfies is a turn-off for most men. Click To Tweet

Adult life is stressful enough without adding unnecessary drama into it. When we hang out, whether just with our girlfriends or in a larger group setting, we want to relax and blow off steam. Making social situations stressful and dramatic is a big no-no.

While everyone loves gifts, being overly materialistic often comes across as shallow and superficial. Most guys will run a mile if a girl they are dating always expects expensive gifts or only talks about money.

High expectations aren’t always limited to gifts. Being “high-maintenance” and having complicated requirements to live up to is one of most men’s biggest turn-offs. This could mean expecting a romantic date every night of the week or expecting him to give up his hobbies to give you more attention.

Too much criticism can be hard to take. It makes people feel unappreciated, and their partners seem like adversaries. When nagging is constant, it becomes easy to tune out and dismiss even helpful feedback as an annoyance.

When nagging is constant, it becomes easy to tune out and dismiss even helpful feedback as an annoyance. Click To Tweet

Mixed messages are one of the most frustrating things to get from a girl. Most guys like women to be straightforward in their communication skills. I have lost interest in many potential dates because they were unpredictably “hot and cold” in our conversations.

A girl I dated once had the infuriating habit of answering questions in “baby talk” despite us both being well into our twenties. After talking to my male friends, I found out I wasn’t alone—every one of us had experienced women putting on a dumb or childlike act to seem cute. Ladies: we don’t know why you do this, and we wish you’d stop.

Hanging out and relaxing together is one of the best things about being in a relationship. However, if you never want to do anything active, this can be a real turn-off for guys. When he comes to see you in the evening and you are still on the couch in your pj’s that you haven’t changed since morning, it doesn’t look very attractive.

Pickiness, in any area, can be highly annoying. Someone who is never satisfied with the meal, the movie, or anything else, can be a real drag to spend time with. Guys like to impress women, but it is a massive turn-off for them if you are impossible to please.

RELATED:  Dating Tips for Men: Why Being Pushy Will Not Get You a Date

Ambition is sexy. It doesn’t have to specifically be career-related or money-related ambition. Still, a person with life goals is usually more attractive than someone without them. If your goals match, even better!

Having interests and passions makes you seem interesting and well-rounded. You may discover that you share the same hobbies with a guy that you can enjoy together. Even if you have different interests, they are usually great topics for a conversation. However, not showing interest in anything will make you look like a boring person. You surely don’t want to create that kind of image.

This one may seem obvious, but it is essential. There is nothing worse than leaning in to kiss a girl at the end of a date and discovering she has bad breath or body odor! You could be the best kisser in the world, but bad breath can make your date run a mile.

Being talked over does not feel nice. I once went on a date with a girl who wouldn’t let me finish even one sentence without interrupting; needless to say, there was no second date. Finishing each other’s sentences sounds cute, but there is a time and a place for that.

Although a lot of insecurity is a turn-off for guys, the other extreme—arrogance—is just as bad or even worse. In fact, arrogance can also be an expression of internal insecurity. Someone who is too full of themselves and sees others as inferior is likely to struggle to keep a relationship going.

When talking to other guys, I have noticed that some turn-offs mentioned really divide opinion. What one man can’t stand, another man may find it one of his biggest turn-ons. These controversial turn-offs are common among some guys, but others may completely disagree. If you find any of these turn-offs ridiculous or even offensive, this means that guys who have them probably aren’t the right match for you anyway.

Smoking is a commonly reported turn-off. However, plenty of men don’t care or even smoke themselves, so being a smoker won’t stop you from finding love. I have one friend who even thinks that girls with a cigarette in their hand are sexy.

Like smoking, drinking is another divisive habit. While heavy drinking can damage any relationship, moderate amounts of alcohol in a social setting are unlikely to put guys off. Different people will have different levels of acceptance around the use of any particular substance.

RELATED:  Why You Shouldn’t Flirt With a Guy Who’s Already Taken

A guy who has a more conservative outlook can easily get put off by a girl who curses. This may be a double standard he only applies to women, or it may be a principle he sticks to. Either way, you should probably look elsewhere if you tend to drop a few curse words in conversation.

A guy who has a more conservative outlook can easily get put off by a girl who curses. Click To Tweet

Women wearing revealing clothing is an issue for some men. Even if sexy lingerie is one of his turn-ons, he may find it awkward if you wear short shorts and low-cut tops in public. This is particularly common in religious men or guys who are uncomfortable about explicit sexuality.

If you have an “alternative” look, trying to attract a man with traditional tastes can be a challenging game. Some men are simply not into piercings and tattoos, especially if they are very bold and noticeable. Again, this one divides opinion—while I find pierced and inked girls hot as hell, my best buddy is the exact opposite.

You can blame it on the sexist stigma, but many guys don’t see body hair as aesthetically pleasing. This is why women tend to shave their legs and armpits, especially before a date. However, if you prefer to let your body do its natural thing, it might be a better plan to find a guy who is into that.

People have many different opinions on the importance of grammar and spelling while texting. For some guys, opening a phone to find misspelled texts from a girl is a pet hate, whereas others won’t mind or even notice. On the other hand, if you are a grammar nazi and keep correcting every grammar mistake you see in his texts, don’t be surprised if he doesn’t text you back ever again.

If you found that quite a few points on this list apply to you and think those traits affect your relationships, they may be worth examining. However, don’t beat yourself up over features that don’t harm anyone. Attraction is subjective, and one man’s turn-off is another man’s turn-on. Instead of changing yourself to suit others’ preferences, it is usually best to find someone who likes you for who you really are.

Andy is a storyteller who loves good books and good jokes. In the rare moments he isn't writing, you can find him jogging in the park or perfecting barbeque ribs.