5 Signs Your Boyfriend Is a Serial Ogler 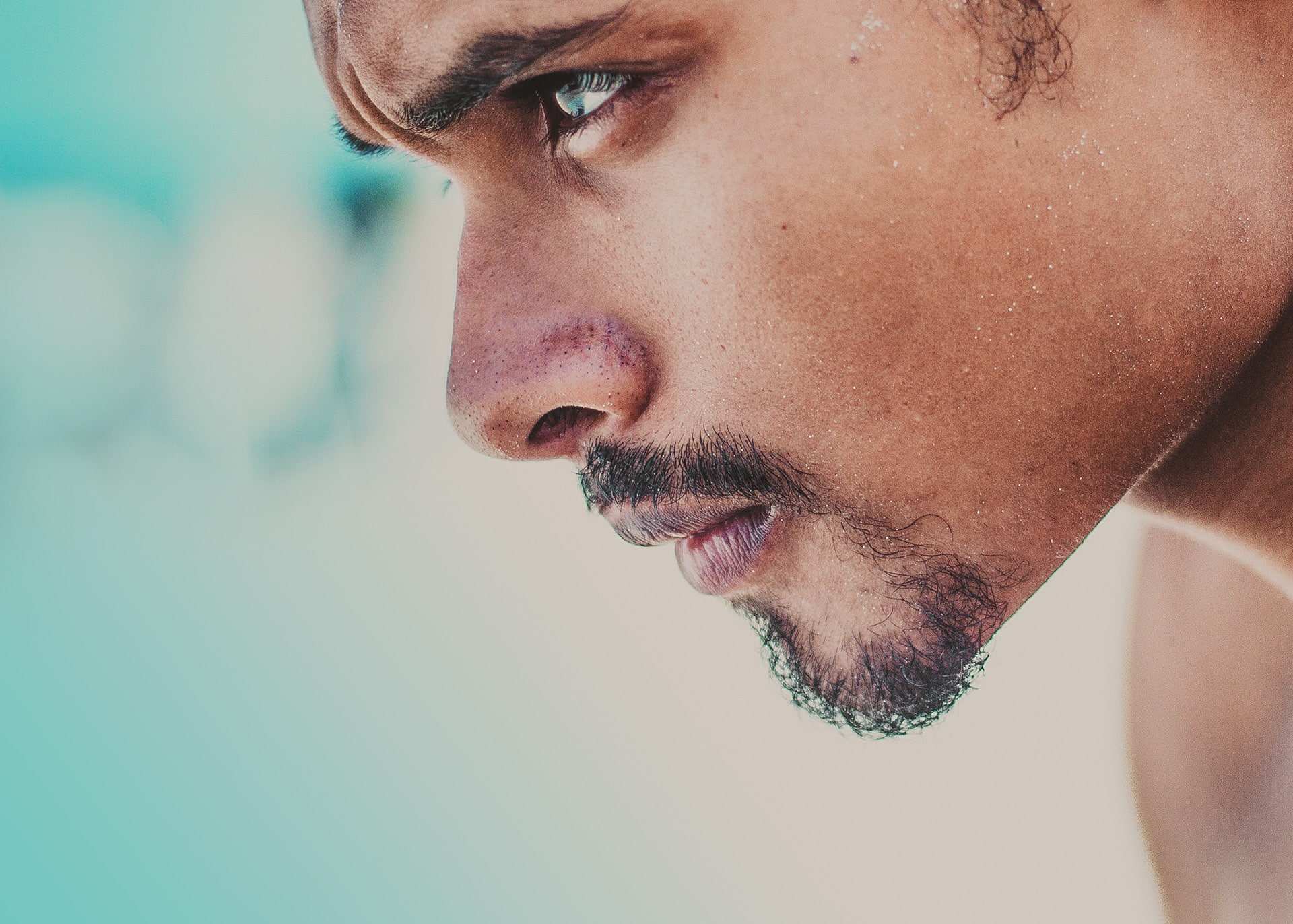 Creeper, ogler, girl-watcher, wandering eyes, perv, leerer, and one day, dirty old man. We’ve heard the terms, but do we know the telltale signs that will help us recognise them? These guys can be masters of concealment and blame-deflecting. I know this because a friend of a friend, Lala, is married to one.

She dated Ogler on and off for seven years before deciding (under duress) maybe she was the one with the problem. He had convinced her she was imagining things; she was the jealous type; she was raised to hate men; she needed to just calm down; and maybe she would benefit from some professional help. None of this was true, but it kept her off balance just enough for him to continue his “hobby” throughout their marriage while she desperately tried to figure out the truth. Eventually, she would have to decide if she needed to exit the marriage for the sake of her sanity. She has agreed to divulge some of his “tricks of the trade” in order to keep other girls from going down the same abysmal path.

Contents Show
1. 1. He comes up with lame excuses
2. 2. Your family makes awkward remarks
3. 3. Things seem a little off in public
4. 4. He goes wherever girls are to be found
5. 5. He blames you for misunderstanding him

1. He comes up with lame excuses

Lala told me about her first date with Ogler. While they ate lunch, she asked him a question about his childhood. He never answered. So riveted was he by the tight jeans a passing girl was wearing, he had to study them in excruciating detail, his fascination palatable.

When he called a few days later to ask her out for a second date, she turned him down flat and told him exactly why. She explained that ogling was a pet peeve of hers and one behaviour she would not tolerate.

Ogler seemed shocked to the point of tears. He fervently and adamantly denied he would ever do such a thing – which, of course, he had no recollection of ever doing. He went on to explain that he was very nervous and so wanting to make a good impression that he might have gazed into space for a minute or two to cope with his anxiety. Believe it or not, Lala bought it and agreed to one more date. She thinks about that decision often.

On later dates, she heard such gems as: “I was trying to read what brand of jeans she was wearing so I could buy you a pair.” And, “I’m a born people-watcher. It must be the sociologist in me.” Lala has never once seen him watch men, old people, or little kids, and he doesn’t have a sociology degree. And, my personal favourite, “I was paying so much attention to her because I thought she was a friend of yours and I wanted her to tell you how nice I was.” Lala had never met the girl.

Lala took Ogler to her sister’s house to meet her family for the first time. As she wandered around chatting and, eventually, settled in to play lawn darts, she couldn’t help but notice she hadn’t seen Ogler in quite awhile. Eventually, her nephew approached her in obvious distress and delivered a classic line that became the tag line of her relationship with Ogler. Her nephew said in a measured, forceful tone, “Could you please put a leash on your boyfriend? He’s bothering my friends.”

After the mortification gave way to extreme humiliation, Lala was able to track Ogler down. He was firmly ensconced in the midst of some put-off, yet adorable, blonde high school girls. She pulled him aside and told him it was time to go. They broke up that night, but about 4 months later, she bought into his pitiful wailings about being unfairly labeled. He was simply trying to make a good impression with her family, thinking those girls were her cousins.

3. Things seem a little off in public

Lala talked about going to restaurants with Ogler and wondering why he would always run ahead to the table to pick a certain seat. He once even asked her to change seats with him when she beat him to the table. She asked why it mattered and he explained that his family was related to Billy the Kid, therefore, due to his outlaw blood, he wasn’t comfortable with his back to a crowd, he would feel better in the seat against the wall facing the other diners and, as it turned out, the scantily clad waitresses.

Another of his strange behaviors while they were out in public – he would never look directly at Lala. He would talk to her, but his eyes were always sweeping the area behind her. Desperately hoping for a hottie sighting, perhaps?

RELATED:  8 Normal Stages of a Relationship That You Will Go Through

She also mentioned the times they have collided as Ogler tried to nonchalantly turn to stare at a cutie passing by and forgot Lala was behind him. He would then act indignant and roll his eyes at her apparent clumsiness. She has had him hold open doors only to let them close on her so he could catch up to a hottie in the store. He’s had several near-miss car accidents by whipping his head around or by cleverly keeping his head straight ahead while his eyes are trained on the rear view mirror, to leer at a passing hottie.

4. He goes wherever girls are to be found

This one took awhile for Lala to notice. Ogler was good at making his appearance at anything girl-related seem natural. He’d offer to go with her to fashion shows, horse shows, shopping mall, high school graduations, and graduation parties for any female friends or family members, really anywhere girls might be, all in the guise of being with Lala and supporting the things she liked to do.

When their kids were in high school, Ogler would jumped at the chance to pick them up after school. He would always park facing the doors, not right in front, perpendicular to the doors – that spot, while closer and easier for their kids, ruined Ogler’s view. He also insisted they go to every Promenade, a pre-prom fashion show.

He would get absolutely giddy when the brother of an old college friend would come to town and invite him to go trolling in the bars frequented by college girls. Ogler would downplay the bar-hopping part and work the “catching up with an old friend” angle. Funny, he never once calls, writes to, or visits this “old friend”. They just share this mutual night of girl-watching once or twice a year.

His other sneaky girl-watching trick was to walk behind Lala any time they were in a high school, on a college campus, in the mall, at a swimming pool, etc. That way he could ogle to his heart’s content, unnoticed (he thought) by his disapproving wife.

5. He blames you for misunderstanding him

This brings us to the worst part of all of this, as if it could get any worse. The blame game.

RELATED:  Dealing With Relationship Problems: Prevent a Break Up or Divorce

Lala, while naïve, is no shrinking violet. She confronted Ogler on countless occasions – the time he sat behind their camper on a five foot wide ledge, leaning back in his camp chair so he could stare at the group of college girls in the next site as they rolled up their sleeping bags and tents. Or the time the two of them were dropping their daughter off at college, and instead of consoling his very upset wife, he chose to check out every sweet young thing in the vicinity.

When she brought these events up, he’d always have a counter argument that involved her being a harpy, confused, or unaware of her surroundings. For example, he was actually worriedly watching for her to get back from her hike and it just so happened that behind the camper was the best vantage point (it wasn’t), or he was actually looking around for the fire extinguishers in the dorm. He didn’t even notice all the girls. Safety first.

So while they’ve had their share of battles over his disgusting behavior, each and every time, Ogler was able to justify it somehow or nullify her argument because it’s obvious she’s “just jealous”. He would make her sound hysterical because it’s obvious she “hates men”, or he would pre-plan semi-plausible reasons for his whereabouts or actions, to the point Lala started doubting herself. Ogler was a master of, “I was only there because of you,” or “I did that solely for you”. And, when he really wanted to pull out the stops, “I would never, ever do anything to intentionally hurt you.” That’s a case for Dr. Freud.

So that leaves us with the moral of the story. If you are dating someone who exhibits these behaviours, my advice to you is run as fast as you can to the nearest exit!

Lala had to know deep down this guy had serious issues, but she chose to ignore them. I’m sure she thought he would change. He would someday love her enough to not feel the need to stare longingly at other girls. And, of course, once they had kids, all of that nasty behaviour would come to a screeching halt. However, it doesn’t always work out that way. It’s up to you to decide if he’s worth the stress and grief that will most likely follow.

Jill might sound like a cranky old lady, but she has been around the block a time or two, and might, hopefully, have some wisdom to share with those who are just starting out in this game called Love.