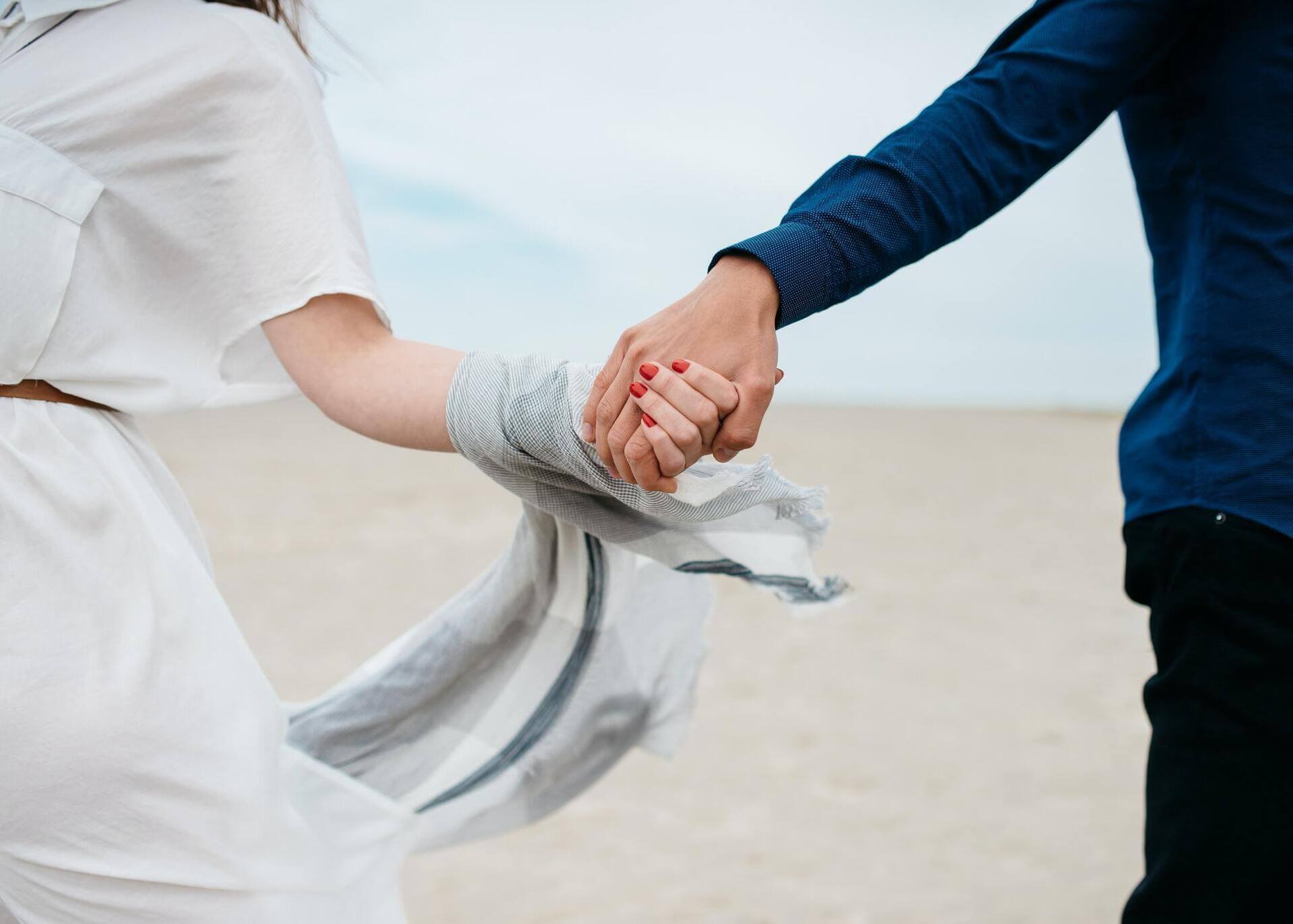 Have you ever met a guy who became utterly obsessed with you within the first twenty-four hours of knowing you? If this sounds familiar, you most likely dealt with an Aries man. You might have found it strange at the time, yet that’s how Aries operates. This fire sign can change the energy in a room as soon as he walks in. But the big question is, are Aries loyal?

Aries is the first zodiac sign on the zodiac wheel. Astrologers joke that Aries goes hand in hand with his bold and lively personality. He would want to be the first if he is not the first.

Spontaneous and energetic, he is always ready to go somewhere or anywhere. Aries is ruled by Mars, making this fire sign explosive and driven. You are lucky if you have Aries as a friend or a lover in your life. This zodiac sign will hype you up and worship the ground you walk on like no other!

Ever wondered why the Aries simply cannot sit still? The power of vigorous Mars keeps him sprung up and highly energetic. His complex energy is what makes Aries so unique.

If you have been close with an Aries man, you know that this zodiac sign radiates life, and he adores it. He feels the best around zestful people, especially around other fire signs. Often, he would go the extra mile to show love and care to those who are dear to him.

The Aries man can be slightly childish and stubborn throughout his whole life. You may have noticed his loud laughter and jolly nature. This is what keeps his spirit young, no matter what age he is.

Are Aries loyal during the dating phase? 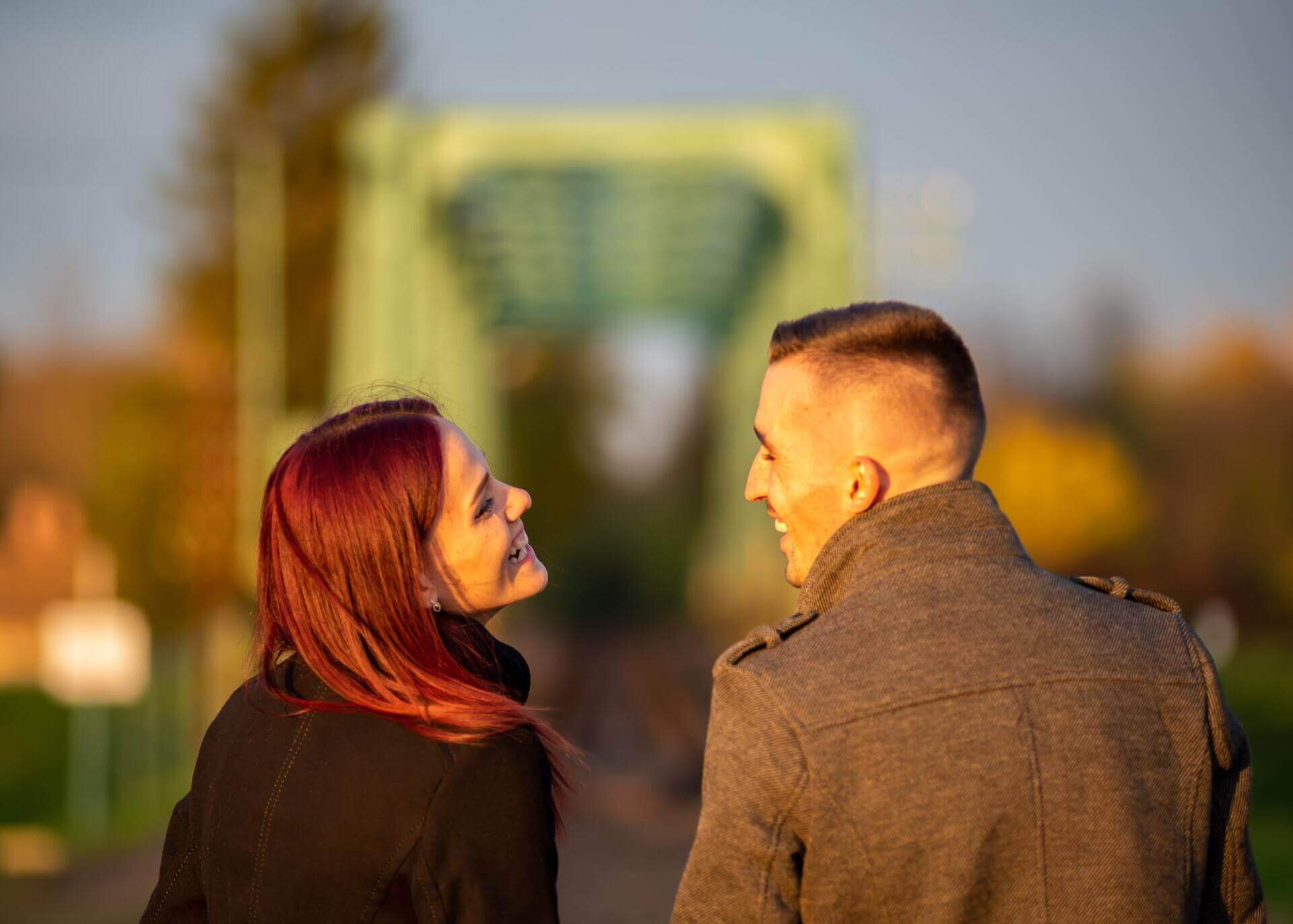 Aries is a cardinal sign, meaning that he likes to be the one to get things moving. So even the more shy people of this zodiac sign would often show initiative in dating.

You should allow Aries to be the initiator or the chaser if you will. Let him believe that he is the one calling all of the shots. Okay, maybe not all, but most of them. Make him feel needed, and he will always come back for more.

This is also an excellent test to see how interested Aries is in you. If you are on his mind often, you will likely get cute text messages from him asking about your day or asking you out for a date. The Aries might even make some grand romantic gestures, such as sending you some gifts or flowers.

You never know what to expect when Aries man is interested in you. Unlike others, Aries adores challenges, and the feeling of being needed is the sweetest drug to him. He enjoys the chase as a part of his journey to find love.

Aries adores challenges, and the feeling of being needed is the sweetest drug to him. Click To Tweet

When Aries man is in love, loyalty can hardly be ever questioned. Even if he takes a glance at other women now and then, if he actively shows you how much he likes you, it is not something you should be concerned about.

When Aries is falling for you, he will invite you on dates where you will always feel like the center of the universe. When he disappoints or hurts someone, Aries takes it to heart, so he always tries to avoid painful feelings. This, accompanied by his high moral standards, tends to keep him away from dating multiple people. 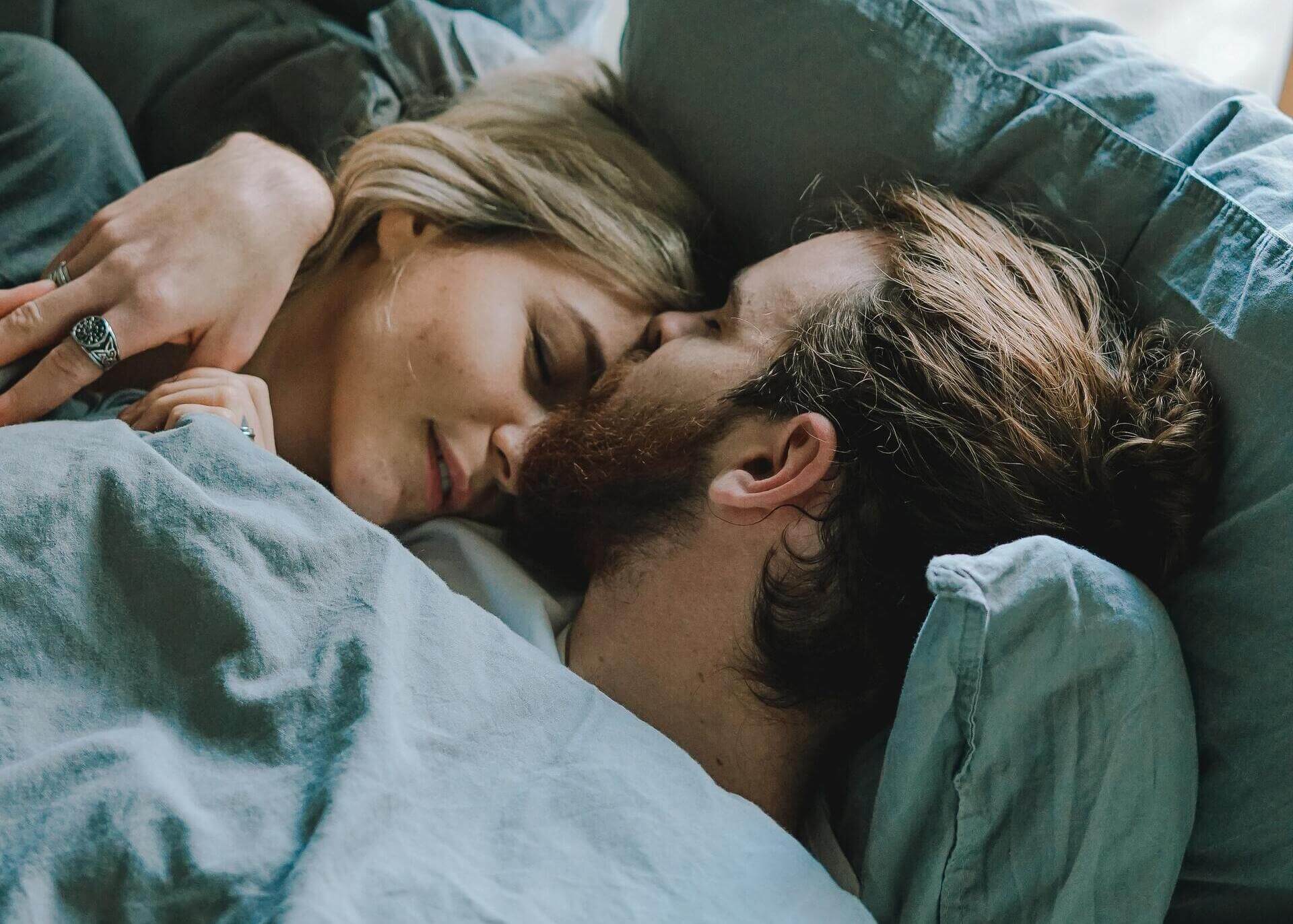 Aries man is often swift when it comes to intimate ventures. He likes sensual experiences that are spontaneous and explosive. Pleasure is vital to Aries zodiac sign. Otherwise, life would be really bleak for him.

Something that you might not have known is that Aries men are exceptionally physical. They love exploring their partner’s body, as well as their own. However, while physicality is an important part of Aries’s life, it is not the center of his world.

Even though the Aries man might enjoy casual flings while single, the act of physical pleasure is not enough to keep him continuously coming back for more. Instead, the Aries man will prefer a relationship that has depth and makes him feel wanted or needed.

Out of all of the zodiac signs, Aries is most likely to be faithful to you simply out of respect, even if you are just casually seeing each other. Arieses are usually bad liars, and they are very well aware of. Aries man will tell you upfront if he sees other people or will bring it up before you start regularly dating. Due to his view of life, Aries man appreciates when people reciprocate his honesty.

RELATED:  How to Attract an Aries Man

Are Aries faithful in relationships?

Every single Aries man that I have met was in love with love. He enjoys the thrill, the butterflies, the exciting dates, the late-night talks. To Aries, love is something that makes life richer and better. So when the Aries man starts falling for you, you will now. The tell-tale signs will be apparent even to someone completely oblivious when it comes to romance.

Arieses are highly caring and romantic partners. Usually, the Aries man would need to be genuinely in love to start a serious relationship. He is not the type of person who should enter a relationship right away, even though he might want to.

People who had Aries partners told me that there is a slight difference in how Aries acts when he is in love and when you are in a long-term relationship. For example, there might be less impulsivity and fewer romantic adventures that were frequent at the beginning.

Loyalty is something that never changes for this zodiac sign. So even if the relationship starts falling apart, Aries will have an honest conversation with you rather than start seeing the other woman behind your back.

If the two of you click, having an Aries boyfriend can feel like you have the best friend and a soulmate all in one. 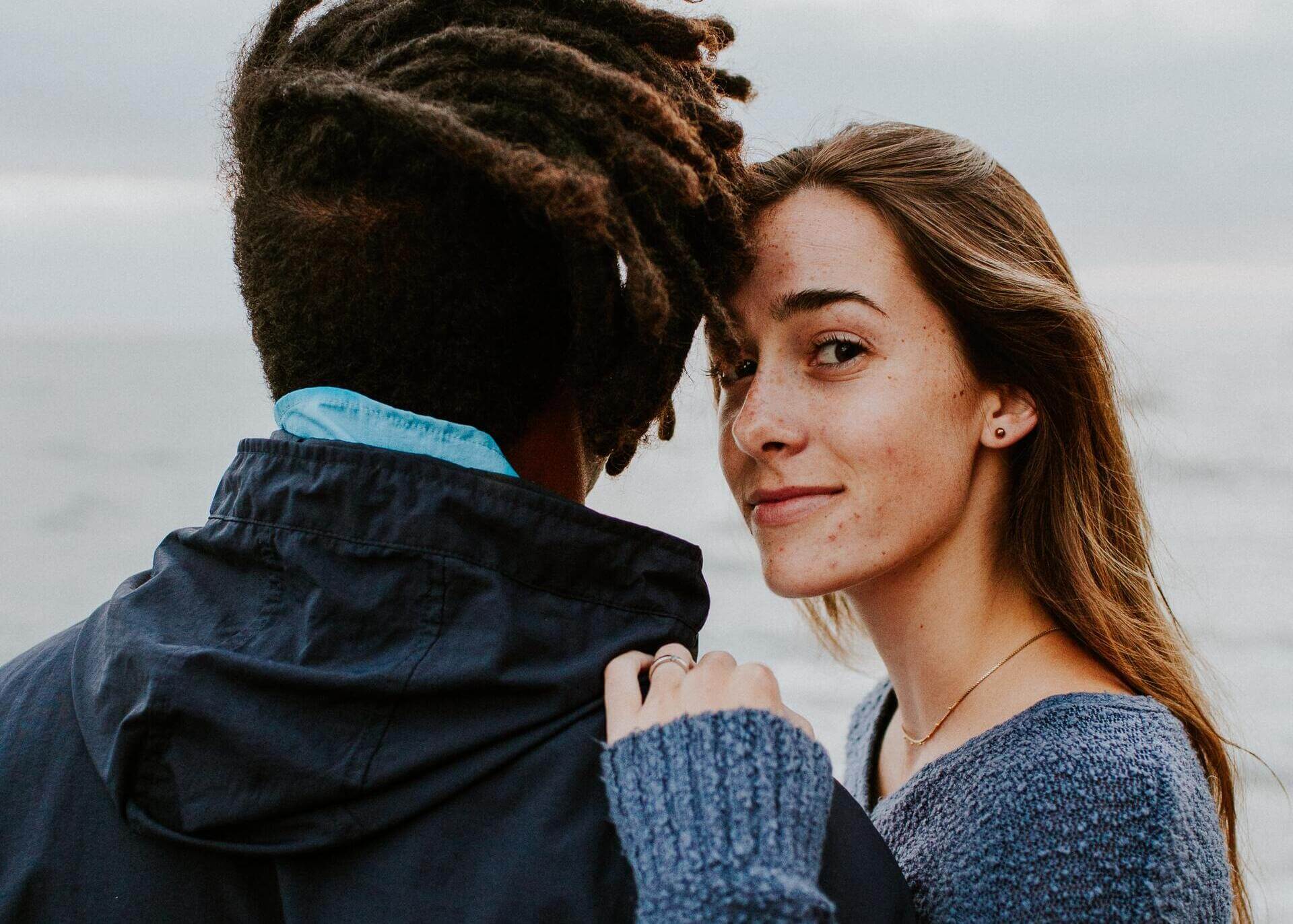 He might be clumsy and a bit hasty, but the Aries man is not the type of guy that will try to deceive you. At least not willingly or consciously. Since Aries is so expressive and, at times, impulsive, he knows that lying and deceiving never go well. Aries likes honesty, and he is known to be a highly trustworthy friend and romantic partner. He is a big believer in justice and karma and tends to think that he will never be spared from it if he messes up.

A true evolved Aries would not dream of taking advantage of someone’s trust. This simply goes against his code of conduct. If Aries cheats, it means that he has not learned to control his impulses or that he doesn’t care to do so. That part has little connection with the zodiac sign but rather with the individual person and his values. In such cases, a part of Aries man does not want to grow up, and he wants to live every day like his last one. These Aries individuals are easy to spot and even easier to avoid.

Of course, the evolved Aries might tell you a white lie every now and then. For example, he might want to hide a surprise gift from you until it’s the right time to reveal it. Yet when it comes to the important stuff, the Aries man will be straightforward with you. That is something you can always count on. If you can handle the truth, that is.

Even though Aries has a spontaneous temperament, you can truly count on this Mars-ruled sign when you need him. He might forget to water his own plants, but if you give him the task to care for your plants while you are away, they will be healthy and thriving when you come back. Aries tends to be more trustworthy and consistent when it comes to others rather than for himself.

Aries is undoubtedly trustworthy, but is he loyal in love? The short answer is “yes.” However, keep in mind that “love” is the main word here. If there are no deep feelings, there will be no loyalty.

The Aries does not feel a blind obligation to be loyal to someone who does not care about his feelings or to people who do not carry warmth in their soul. Keep him feeling needed or wanted, and he won’t dream about cheating on you.

When you like Aries, it is important to remember that he is in a relationship the same way he is in his daily life. The same logic is also applicable when it comes to being loyal. If he is a trustworthy, goofy, and loving friend, he is likely just as lovable and faithful in a relationship.

If you have some doubts about the Aries man, just take a closer look at his personal life. Pay attention to the people that surround him and how he is treating them.

An Aries man will definitely spice up your life in incredible ways. But, now that you know what you know, the script has flipped, and the real question is: are you ready to let the Aries man into your life? Feel free to experiment with these tips, but be careful! You might get surrounded by a flock of rams fighting for your attention.

Cathy is a dreamer, a writer, and a big believer in finding beauty in every day. She has a keen interest in astrology, and synastry is her favorite topic to explore. Her dream is to study Vedic astrology in India.